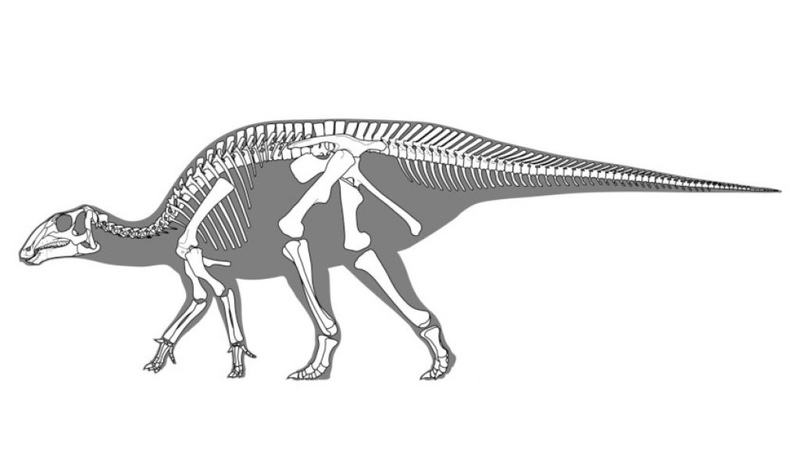 AKIPRESS.COM - Scientists in Mongolia and Canada have described a new species of dinosaur unearthed in Mongolia. They published their findings in PLOS ONE, AsianScientist reports.

Dinosaurs of the family Hadrosauridae were widespread and ecologically important large herbivores during the Late Cretaceous Period, but little is known about their early evolution. In recent years, many new species closely related to Hadrosauridae have provided clues about the origins of these dinosaurs, but few complete remains are known from the early part of the Late Cretaceous.

In the present study, researchers led by Dr. Khishigjav Tsogtbataaar of the Mongolian Academy of Science, Mongolia, and Dr. David Evans of the Royal Ontario Museum, Canada, examined and characterized the complete skeletal remains of a new species of dinosaur which they called Gobihadros mongoliensis.

The new species of dinosaur was discovered in Bayshin Tsav region of the Gobi Desert in Mongolia from rocks dating to the early part of the Late Cretaceous. Anatomical analysis revealed that this species does not quite fit into the family Hadrosauridae. Comparing Gobihadros to Asian species within Hadrosauridae, the researchers concluded that Gobihadros did not directly give rise to later Asian hadrosaurs.

They reported that Asian hadrosaurs appear to have migrated over from North America during the Late Cretaceous. However, Gobihadros and its close Asian relatives seem to disappear as these new hadrosaurs enter Asia, suggesting that the invaders might have ultimately outcompeted species like Gobihadros. The authors caution that more fossil data is still needed to properly resolve the ages and locations of these dinosaurs during this important transition period.