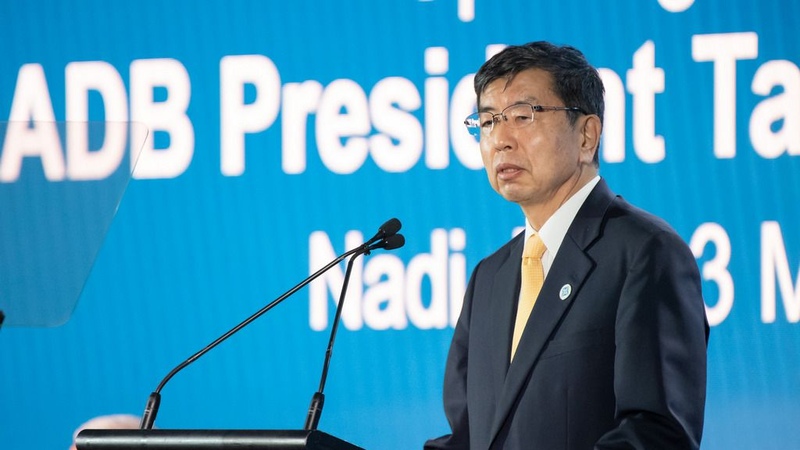 AKIPRESS.COM - Responding to the changing needs of Asia and the Pacific will be at the center of the Asian Development Bank’s (ADB) actions to implement Strategy 2030, said ADB President Mr. Takehiko Nakao in his opening address today at the 52nd Annual Meeting of ADB’s Board of Governors.

ADB’s new lending and grant operations in 2018 grew to a record $21.6 billion compared to $13.9 billion in 2013, an increase of 55%. Speaking to an audience of ADB member government officials, academics, business leaders, and civil society representatives, Mr. Nakao said going forward, ADB will intensify its focus on quality and innovation in its operations, while maintaining moderate volume growth.

First, he said a key priority for ADB will be to continue addressing remaining poverty and reducing inequalities across Asia and the Pacific. “We will strengthen our support to the poorest and most vulnerable countries in the region, including those in fragile and conflict-affected situations and many small island developing states,” said Mr. Nakao. ADB is supporting this year’s G20 initiative of universal health coverage.

Second, ADB is accelerating progress in gender equality and will develop a strong pipeline of projects that integrate gender equality designs into a range of operations, including transport, energy, and urban infrastructure. ADB is also supporting a transformative gender agenda such as promoting women’s land title ownership, which is a basis for women’s economic empowerment.

Third, climate mitigation and adaptation efforts across the Pacific will be an important focus for ADB. Countries most vulnerable to climate change, including in the Pacific, will receive a wide range of ADB assistance. Mr. Nakao called attention to ADB’s increase in disaster contingent financing in the Pacific, thereby allowing countries to access financial resources immediately in the wake of a disaster, based on predetermined criteria.

Fifth, Mr. Nakao said ADB will continue to expand its private sector lending, equity investments, and guarantees to reach one third of total operations in number by 2024. This will bring ADB into new markets and broaden its business reach to education, health, and agribusiness. ADB is bringing its private sector operations closer to clients by outposting more staff to resident missions. ADB will open an office in Singapore by the end of this year to facilitate engagement with private sponsors and financiers.

Finally, ADB will use concessional resources effectively and will develop a detailed proposal for the next Asian Development Fund replenishment: ADF 13. ADB is also seeking strong donor support for its trust funds and actively mobilizing concessional resources from bilateral and multilateral partners such as the Green Climate Fund and Global Environment Facility.

ADB is committed to achieving a prosperous, inclusive, resilient, and sustainable Asia and the Pacific, while sustaining its efforts to eradicate extreme poverty. In 2018, it made commitments of new loans and grants amounting to $21.6 billion. Established in 1966, it is owned by 68 members—49 from the region.