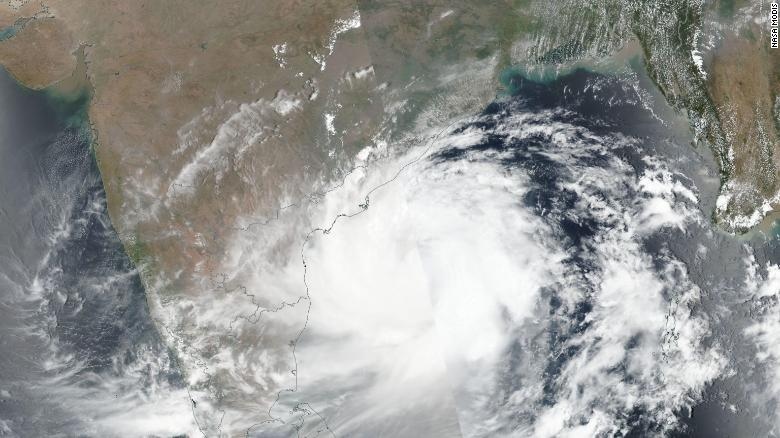 AKIPRESS.COM - What is expected to be India's strongest tropical cyclone to make landfall in 20 years is barreling toward 100 million people on the country's east coast, prompting officials to begin emergency evacuations, CNN reports.

Fani, which is about 60 kilometers (38 miles) off the coast of Andhra Pradesh and Odisha states, is equivalent in intensity to a Category 4 hurricane in the Atlantic, or a supertyphoon in the Pacific.

With winds expected to be 240 kilometers per hour (150 mph) at landfall, Tropical Cyclone Fani would be the strongest storm to hit the region since a similar system struck Odisha in 1999, resulting in at least 10,000 deaths.

Eleven districts along the Odisha coast are on red alert, and some 900 cyclone shelters have been set up to house evacuees. Schools were shuttered across the state Thursday and Friday. Teams are going door to door to warn people.