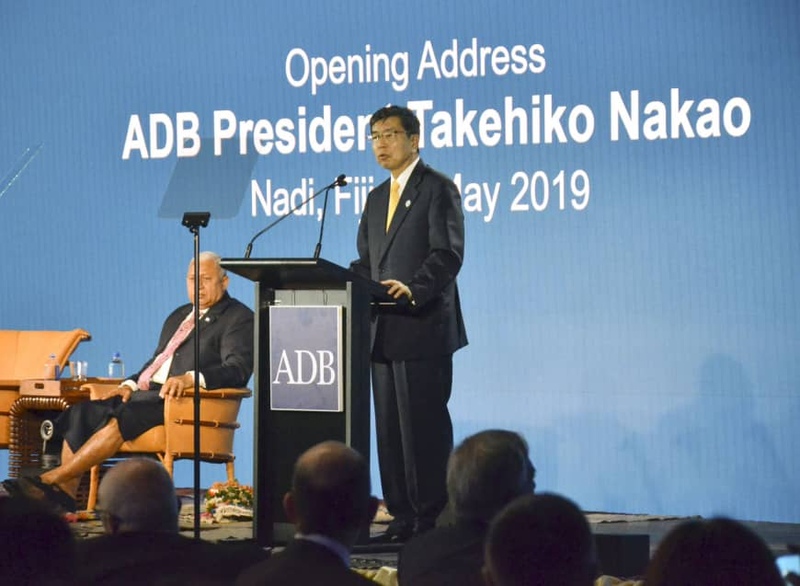 AKIPRESS.COM - The Asian Development Bank has announced plans to spend $5 billion, including through syndicated loans, from 2019 to 2024 to help the Asia-Pacific region tackle plastic waste and other forms of marine pollution.

“Healthy oceans are essential to our planet and for millions of people in Asia and the Pacific. But our oceans are in danger,” ADB President Takehiko Nakao said in his opening address at the bank’s annual meeting in Nadi on Friday.

Noting that rising water temperatures, untreated wastewater and plastic pollution are damaging the oceans, Nakao warned, “If we do not act now, by 2050, 90 percent of the region’s coral reefs will be dead, and there will be no commercially exploitable wild fish stocks left.”

The $5 billion will cover four areas, including the development of sustainable port infrastructure. The aid will help countries in the region “reduce, reuse and recycle” plastic waste and address other marine pollution problems, the former vice finance minister for international affairs said.

The ADB will also provide technical support while working to attract private-sector investment.

At the annual meeting, a seminar was held on marine environment protection.

Measures to tackle marine waste are expected to be high on the agenda at the summit of the Group of 20 advanced and emerging economies in Osaka in June.