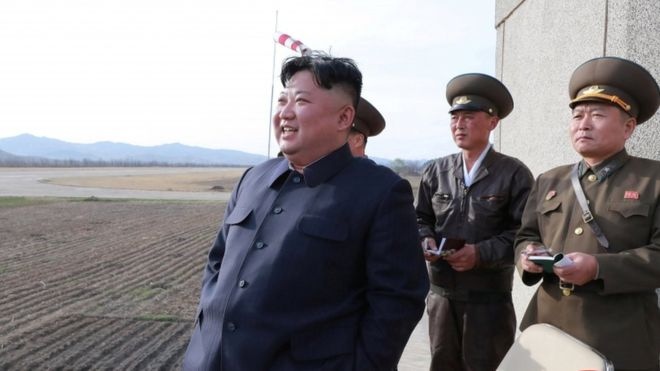 They were fired from the Hodo peninsula in the east of the country, said South Korea's Joint Chiefs of Staff.

If confirmed, it will be the first missile launch since Pyongyang tested an intercontinental ballistic missile in November 2017.

Last month Pyongyang said it had tested what it described as a new "tactical guided weapon".

That was the first test since the Vietnam summit between the North Korean leader, Kim Jong-un, and US President Donald Trump, which ended without agreement.

President Trump walked away from what he described as a bad deal offered by Kim Jong-un in Hanoi in February.

Firing a short range missile would not violate North Korea's promise not to test long range or nuclear missiles.