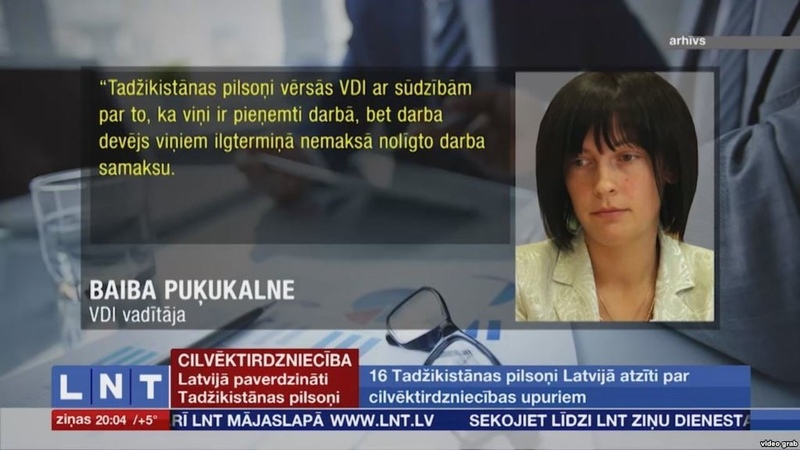 AKIPRESS.COM - A construction company in Latvia has been caught using slave labor, with a group of 16 men from Tajikistan being forced to work for free and live in abject conditions, Latvia's LNT television reported.

According to the Baltic country's law enforcement authorities, this is the first case where foreign citizens have become trafficking victims in Latvia.

The first suspicions that the group of Tajik men, aged 40 to 50, might be enslaved at the construction company arose after they sought assistance at the State Labor Inspectorate.

"The Tajik citizens complained to us that they had been hired by the company but their employer withheld the agreed wages from them for a very long time," said the labor inspectorate's head Baiba Pukukalne.

Labor inspectors who probed the situation found that the Tajik men had been working at the Latvian construction firm for four months but had received very little of their wages. They had been starving and some of them had developed health issues due to malnutrition.

Three of the Tajik citizens have already returned to their country, while the others still remain in Latvia and are looking for new jobs.

The company that had exploited these people is not being identified as it is currently under criminal investigation.