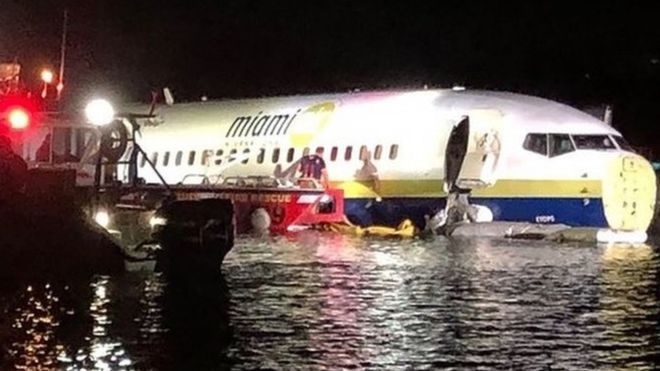 None of the 21 people injured sustained serious injuries (Image: Getty)

AKIPRESS.COM - A passenger plane slid off a runway in the US state of Florida on Friday night, ending up in a river after landing during a thunderstorm, BBC reported.

The chartered Boeing 737, operated by Miami Air International, had flown from Guantanamo Bay in Cuba to a military base in the city of Jacksonville.

Passengers say it landed heavily in the storm, skidding into St John's River.

The 136 passengers and seven crew members on board evacuated the Boeing 737-800 via its wings.

"No fatalities reported. We are all in this together," Jacksonville Mayor Lenny Curry wrote on Twitter after the incident.

He also said President Donald Trump had offered assistance as the situation was developing.