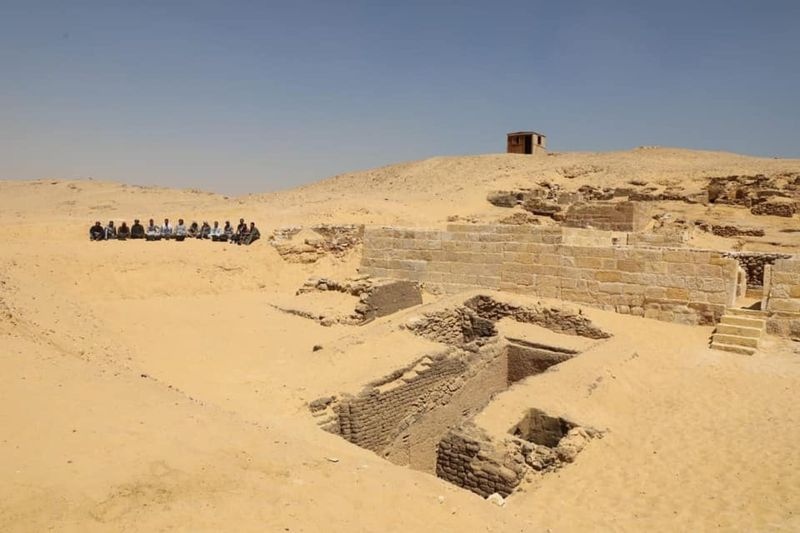 AKIPRESS.COM - Several tombs and burials have been uncovered by archaeologists who discovered a 4,500-year-old cemetery located southeast of the famous Giza Pyramids, 9news reported.

The remains of two individuals were found in one of the oldest tombs, with the sarcophagi remaining intact.

Egyptian Ministry of Antiquities announced an analysis of the tomb's artefacts and hieroglyphic inscriptions revealed the individuals were named "Behnui-Ka" and "Nwi".

Both men were believed to have been alive during the Fifth Dynasty, which was an era after the Giza Pyramids had been built.

Inscriptions revealed Behnui-Ka was a priest and judge known as "the purifier of kings: Khafre, Userkaf and Niuserre" – all Pharos who ruled Egypt during the Fifth Dynasty.

Nwi was known as “the purifier of King Khafre”, although he was also known as “chief of the great state" and "the overseer of the new settlements".

A limestone statue - that may depict either Behnui-Ka or Nwi - stone engravings and wooden masks were among other artefacts discovered in the tomb.