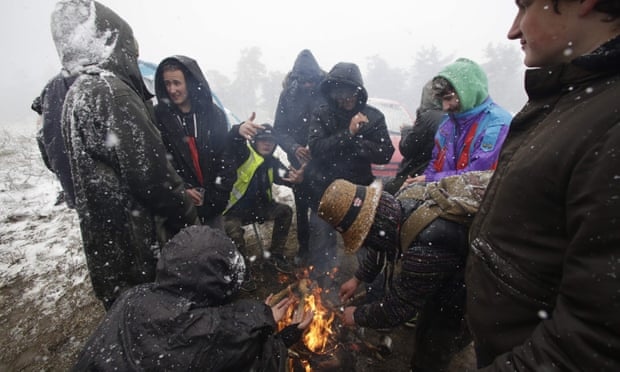 AKIPRESS.COM - About 30 people have been treated for hypothermia at an outdoor techno music festival in France after unexpected snowfall left many sheltering under survival blankets distributed by the Red Cross, The Guardian reports.

About 10,000 people attended the unauthorised Teknival 2019 festival in the central Creuse region at the weekend, where temperatures dropped to -3C over Saturday night.

Thirty people were treated for hypothermia at the scene and two were taken to hospital, local officials said, after several centimetres of snow turned the festival camping experience into an endurance test.

Organisers put a heated tent on the muddy hilltop site, which belongs to the French military, and the Red Cross distributed 500 survival blankets to revellers.

Teknival is an unauthorised electronic music festival that is held annually at a secret location revealed only at the last minute. French authorities had attempted to prevent this year’s edition and police succeeded in keeping out several trucks carrying sound systems.

Last year, to mark its 25th year, the festival was held at a military base in northern France. Organisers were accused by local conservation groups of disturbing a nearby nature zone and unsettling the local birdlife.