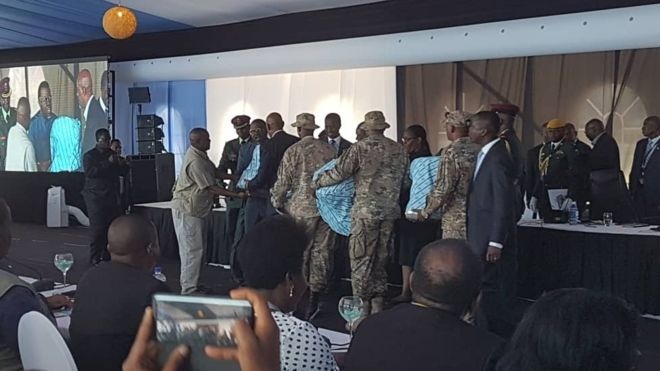 President Mokgweetsi Masisi handed over the stools made from elephant feet to his counterparts from Zimbabwe, Zambia and Namibia

AKIPRESS.COM - Stools made from elephant feet have been presented to three African leaders by their host in Botswana during a meeting on the future of the mammals, BBC reports.


President Mokgweetsi Masisi handed over the gifts, covered in a blue patterned cloth, to his counterparts from Namibia, Zambia and Zimbabwe.

The countries, along with South Africa, are calling for the ban on the sale of ivory to be lifted.

They argue that money from the trade can be used for conservation projects.

Elephant poaching is a big issue across Africa and some estimates say 30,000 are killed every year. There are thought to be 450,000 left.