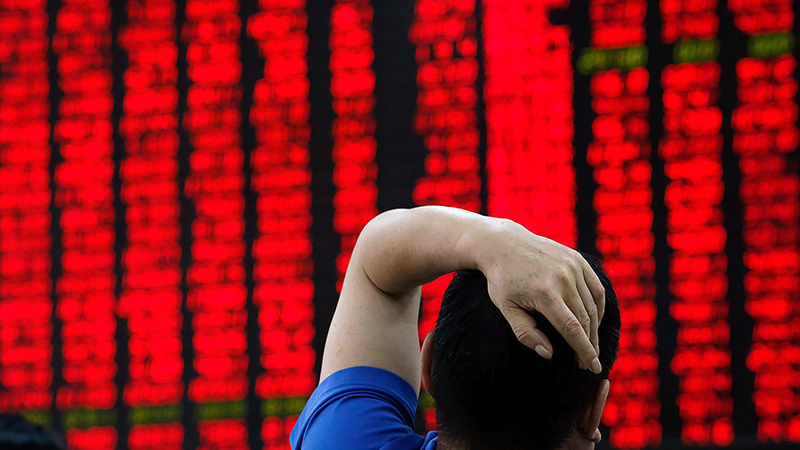 AKIPRESS.COM - This year is shaping up to be the biggest by far for defaults in China’s $13 trillion bond market, highlighting the widening fallout from the government’s campaign to rein in leverage, Bloomberg reports.

Companies defaulted on 39.2 billion yuan ($5.8 billion) of domestic bonds in the first four months of the year, some 3.4 times the total for the same period of 2018, according to data compiled by Bloomberg. The pace is also more than triple that of 2016, when defaults were more concentrated in the first half of the year, unlike 2018. The trend is clear: unless something changes, 2019 will be the new high.

China continues to press banks to extend credit to the private sector, and small and medium-sized companies especially. The latest move came Monday, when the central bank loosened some reserve-requirement rules for lenders. But President Xi Jinping’s team has also focused on shrinking the shadow-banking system, where credit decisions were made with less regulatory oversight and where it was easier to build up unsustainable leverage.

It’s that funding squeeze that explains the default surge that began in late 2017 and continues today. By contrast, 2016 was more a story of China’s push to shrink excess industrial capacity having reverberating effects in credit markets.

“Short bond tenors mean the companies need to refinance frequently,” and weaker ones will likely have difficulty, analysts including Hong Kong-based Nino Siu at Moody’s Investors Service wrote in a note last month. “Banks are reluctant to lend to weaker companies. Additionally, shadow banking, on which weaker Chinese companies rely, continues to contract as the government tightens regulation,” she and her colleagues wrote.

The following is a look at the five companies that have defaulted on the most bonds so far this year.

The grandly named Neoglory Holding Group is the main entity for a conglomerate that spans property investments to retailing. Zhou Xiaoguang, dubbed by some in the media as the “queen of custom jewelry” for the accessories part of the business, built the company with her husband after starting off as a street vendor, according to Caixin Media.

One of the three major private companies based in Zhejiang, a coastal province once run by President Xi Jinping and one of the nation’s wealthiest regions, Neoglory has missed payments on 7 billion yuan of bonds in 2019, according to data compiled by Bloomberg.

While some local authorities, along with national ones, have stepped in to shore up troubled conglomerates -- for example, Shandong province came to the aid of China Wanda Group Co. earlier this year -- no such rescue has materialized for Neoglory. After years of expansion fueled by leverage, the holding company and three of its subsidiaries have now entered into a bankruptcy reorganization process, according to a statement filed on Shanghai Clearing House on April 29.

Shandong SNTON Group is the biggest of a handful of private companies that sank into bankruptcy in recent months in the eastern province of Shandong. One outstanding feature of the iron-wire maker has been the extent to which it engaged in cross-guarantees, where firms pledge to back other companies’ debt. That caused the contagion risk that Shandong authorities moved to address by propping up China Wanda.

SNTON has defaulted on 4.65 billion yuan of local bonds this year, after having once provided some 86 billion yuan worth of debt guarantees -- the equivalent of 35 percent of its net assets as of June 2018, according to a company filing.
The Godfather’s Vehicle

China Minsheng Investment Group Corp. was billed as a Chinese version of JPMorgan Chase & Co. by Dong Wenbiao, known as the “godfather’’ of the nation’s private sector. CMIG’s investments, spanning health care to aviation, were predicated on funding obtained in part through shadow banking, and it’s become a surprise casualty of China’s deleveraging drive.

The Shanghai-based company shocked bondholders by missing a payment in late January. While it was able to scrape enough cash together by selling land interests to repay the note on Feb. 14, by April its dollar bonds were put under default after an affiliate missed payments. CMIG also defaulted on a domestic bond due late April although it made good on the payment two days late. The company has reduced 43 billion yuan of interest-bearing debt since the start of 2018 and it’s trying to resolve its liquidity crisis via debt workout and business reorganization, a company representative said in response to Bloomberg queries, adding the firm is exiting non-strategic businesses.
Striving for No. 1

Unlike others on this list, Citic Guoan Group Co. has significant state links, something that usually means bondholders can rest easy. The trouble was it lacked a controlling owner, resulting in limited power for state-owned Citic Group to offer support. Citic Guoan has interests ranging from financial investments to -- yes, you guessed it -- real estate.

After a flurry of asset seizures hurt its liquidity, the company defaulted on 3 billion yuan of local notes last month, illustrating that the pain of China’s deleveraging isn’t limited just to the private sector. Citic Guoan amassed total liabilities in excess of 178 billion yuan as of the end of September, its latest financial results showed, and it has at least 15 billion yuan of onshore bonds outstanding.

The company says on its website it “always strived for the No. 1,” aiming to join the world’s top 500 multinationals. For now, it’s a top-five defaulter of 2019.

Based in Anhui, just to the west of Zhejiang and Shandong, Goocoo Investment Co. became one of the inland province’s biggest property developers, amassing both residential and commercial holdings. It faced a cascade of troubles as investors became increasingly concerned about its leverage, exercising the right for early repayment of Goocoo’s debt -- in turn squeezing the company’s finances.

Goocoo and Citic Guoan didn’t immediately reply to requests for comment on their defaults. Calls to Neoglory and SNTON went unanswered.

The bad news is that defaults don’t tell the full story of China’s credit strains. As noted in some of the entries above, borrowers have avoided a strict definition of default by cobbling together payments on bonds within their grace periods. And some issuers have had help from officials. Such practices speak to a greater degree of pain than defaults alone reveal.

“Investors should not be complacent about China’s credit risk,” Goldman Sachs Group Inc. analysts Claire Cui and Kenneth Ho wrote in a note Tuesday. “Credit stresses are higher than what the defaults are showing, as evidenced by a number of situations where companies failed to meet scheduled bond payments, but were subsequently able to repay in full and avert a default.”