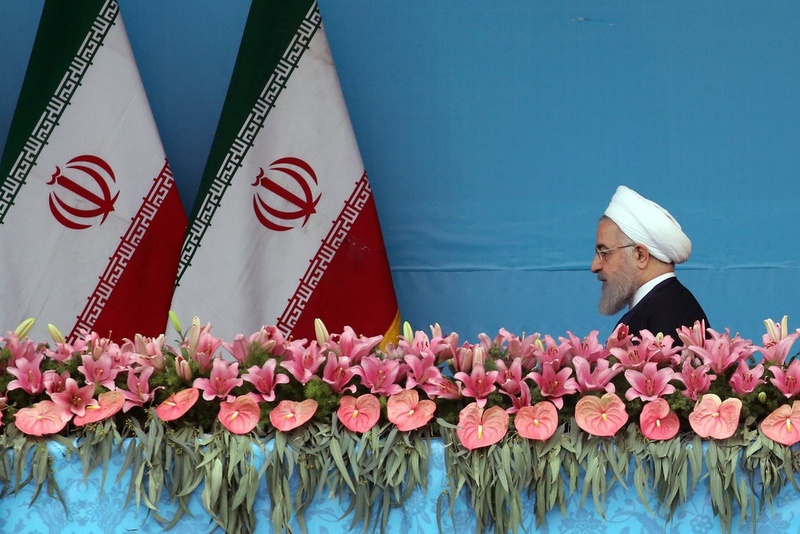 President Hassan Rouhani of Iran has been under pressure to retaliate against the United States.CreditCreditAbedin Taherkenareh/EPA, via Shutterstock

AKIPRESS.COM - Iran’s president declared on Wednesday that he would begin to walk away from the restrictions of a 2015 nuclear deal, and the Trump administration responded with a new round of sanctions against Tehran, reviving a crisis that had been contained for the past four years, The New York Times reports.

The escalation of threats caught the United States’ allies in Europe in the crossfire between Washington and Tehran. And while the announcement by President Hassan Rouhani of Iran did not terminate the landmark nuclear accord that was negotiated by world powers, it put it on life support.

Britain, France and Germany all opposed President Trump’s move a year ago to withdraw the United States from the accord that limited Iran’s capacity to produce nuclear fuel for 15 years. Ever since, the Trump administration has ramped up a pressure campaign against Iran’s military and clerical leaders, including blocking global oil exports and expediting warships and B-52 bombers to the Persian Gulf this week to face down what officials described, without evidence, as a new threat by Tehran against American troops in the Middle East.

European officials had promised to set up a bartering system to evade American sanctions imposed against Iranian oil. But that effort has largely failed, even as Iran complied with its obligations under the agreement, from production limits to inspections.