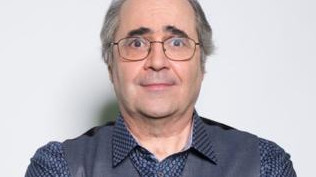 AKIPRESS.COM - A popular British radio host was fired Thursday by the BBC for a tweet that depicted the royal baby as chimpanzee, Today reports.

Danny Baker, 61, posted an image Wednesday of a couple holding hands with a chimp dressed in a bowler hat and an overcoat, and captioned it, "Royal baby leaves hospital."

The now-deleted tweet came shortly after the Duke and Duchess of Sussex showed off their baby boy, Archie Harrison Mountbatten-Windsor, to the public for the first time.

The image appeared to mock the heritage of the former Meghan Markle, whose father is white and mother is African American.

A BBC spokesperson said that the tweet was "a serious error in judgement" and that it "goes against the values we as a station aim to embody."

Baker denied there was any racist intent behind the image in a series of follow-up messages.