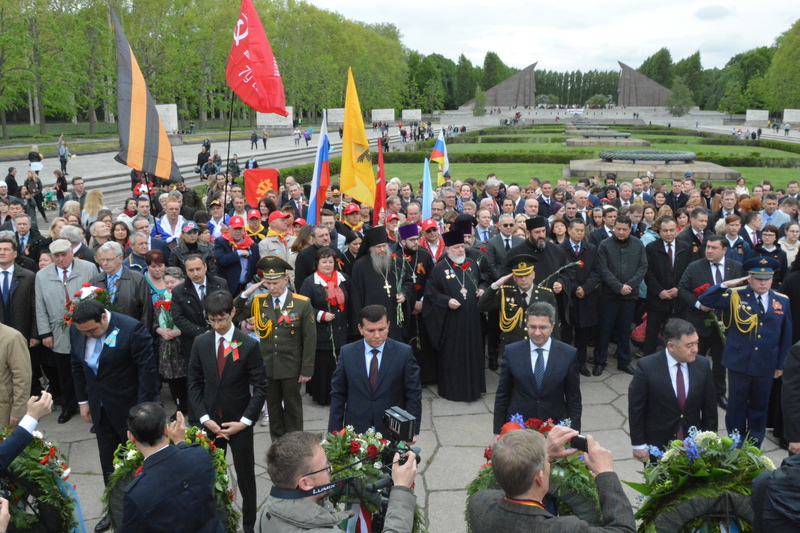 AKIPRESS.COM - The wreath laying ceremony was held on May 9, 2019 in the memorial complexes to the Soviet soldiers in Treptow Park and in the Tiergarten of Berlin, the Foreign Ministry of Tajikistan said.


The Embassy of Tajikistan, along with other embassies of the countries of the Commonwealth of Independent States, participated in the celebration of the 74th anniversary of Victory Day.

Berlin, as well as other regions of Germany, hold events annually to commemorate those who died in the Great Patriotic War, including about 90,000 from Tajikistan.

Related content
Vice PM Askarov congratulates war veterans in Osh region on Victory Day
Half a million people resettled in Kyrgyzstan during war and Kyrgyzstan became the second homeland for them: President
Requiem for WWII victims held in Bishkek