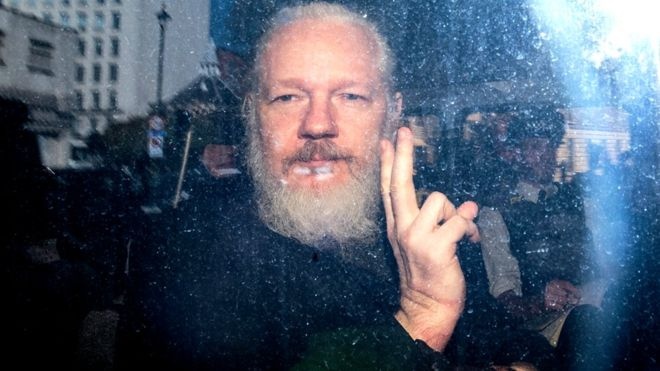 AKIPRESS.COM - Swedish prosecutors have reopened an investigation into a rape allegation made against Wikileaks co-founder Julian Assange, BBC reports.

The inquiry has been revived at the request of the alleged victim's lawyer.

Assange, who denies the charges, has avoided extradition to Sweden for seven years after seeking refuge at the Ecuadorean embassy in London in 2012.

The 47-year-old was evicted last month and sentenced to 50 weeks in jail for breaching his bail conditions.

He is currently being held at Belmarsh prison in London.

Swedish prosecutors originally decided to drop the rape investigation two years ago, saying they felt unable to take the case forward while Assange remained inside the Ecuadorean embassy.

"I have today decided to reopen the investigation," Sweden's deputy director of public prosecutions, Eva-Marie Persson, announced on Monday. "There is still probable cause to suspect that Mr Assange committed rape."