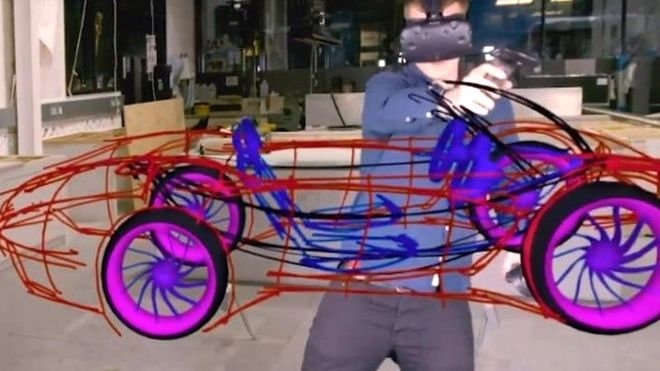 AKIPRESS.COM - Virtual Reality (VR) technology promised to make it possible for designers to 'see' new cars, factories and houses before they had been even built. With new high-quality headsets and software, that vision is closer to coming true, BBC reports.


Most designs used to start with an idea, a pen and some paper.

Now, imagine conjuring 3D shapes out of thin air and sharing your life-like designs in real time with people half way around the world.

The whole process of designing a new product becomes faster, cheaper and more effective. VR is finally beginning to fulfil its potential for business.

"You can walk around your sketches so you can see how your lines work in a 3D environment, and move freely in a room," explains Jan Pflueger, augmented and virtual reality co-ordinator for German car firm Audi.

In the past, the technology - hardware, software, connectivity - simply wasn't up to the job.

"Designers didn't like using headsets because the image resolution was too low," says Mr Pflueger.

Not only were the images poor quality, the headsets were heavy and uncomfortable to wear.

But now that processing speeds have increased and optics tech has improved, we're reaching the stage where VR is coming close to the limits of what the human eye can perceive.