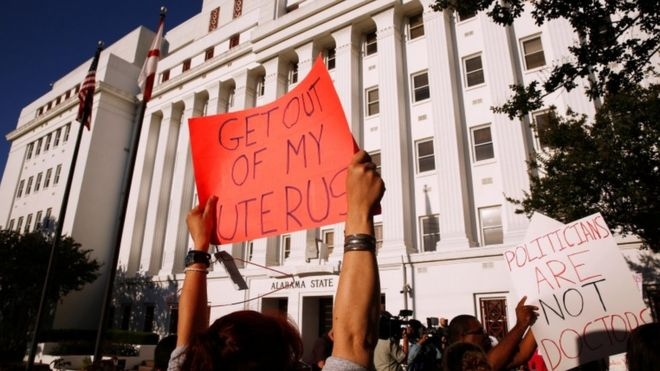 Pro-choice activists protested outside Alabama's state capital during the debate

AKIPRESS.COM - Alabama lawmakers have passed a bill to outlaw abortion outright in the state, set to be the strictest such US law, BBC reports.


The state Senate approved the law by 25 votes to six, rejecting exemptions for cases of rape or incest.

It will now go to Republican Governor Kay Ivey. She has not said whether she will sign it, but she is seen as a strong opponent of abortion.

Activists hope it will challenge a landmark 1973 Supreme Court ruling that legalised abortion in the US.

The bill had been passed 74-3 earlier this month in Alabama's House of Representatives.

Abortion would only be allowed in certain circumstances to safeguard the mother's health.