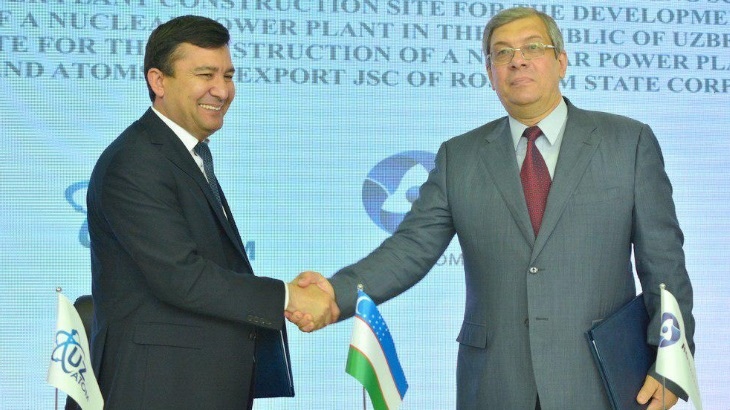 "This document is one of the key parts of the framework for the NPP construction project in Uzbekistan and will allow the start of survey work at the construction site of the future plant," Amanov said.

"The signing of this contract is another step in the implementation of a large-scale project for the construction of the most modern and safest nuclear power plants with VVER-1200 reactors in Uzbekistan," Ashanin added.

The contract follows an intergovernmental agreement the two countries signed last September on construction of a Russian-design nuclear power plant. Uzbekistan last month confirmed to the International Atomic Energy Agency it had initiated the process to choose a site for the plant and aims to grant a site licence in September 2020, World Nuclear News reported.