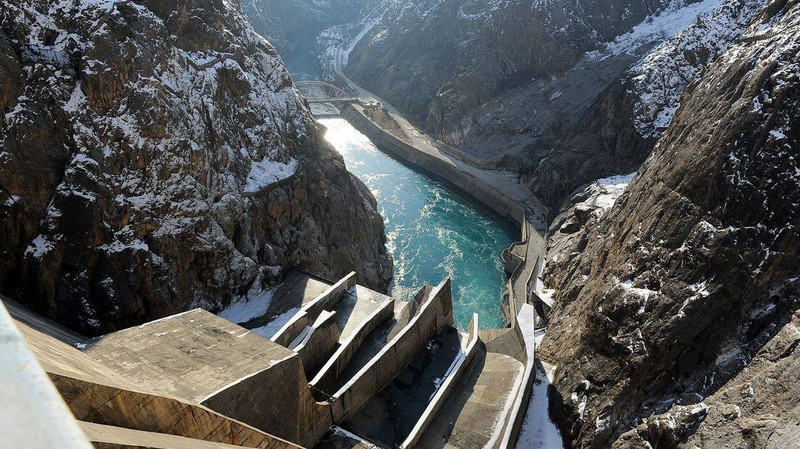 AKIPRESS.COM - The European Union and the World Bank today signed an agreement for a new €7 million grant to support water and energy security in Central Asia.

“As water and energy are inextricably linked in Central Asia, joint management of these vital resources is crucial for the region's sustainable development, poverty reduction and climate resilience. By its contribution to CAWEP, the EU facilitates enhanced regional dialogue and collaboration on energy and water security matters to help the countries improve conditions for sustainable investment and socio-economic development," stated the EU Ambassador to Kazakhstan, Sven-Olov Carlsson.

Water is a key driver in the socio-economic development of Central Asian countries. An ever-growing demand for water due to economic development, population growth, urbanization and climate change along with recurrent natural hazards presents significant challenges to the region’s economic expansion. If current water management policies and practices persist, water scarcity could lead to a significant slowdown in the region's economic performance. The almost disappearing Aral Sea, resulting dust storms and their catastrophic impact on agricultural lands and human health give a powerful incentive for regionally coordinated development.

“The Central Asia region has the most to gain from properly managing water resources under climate change compared to other regions. Our assessments show that of all the world’s regions, the impact of future water consumption patterns has the greatest impact on economic growth in Central Asia,” said Lilia Burunciuc, the World Bank Regional Director for Central Asia.

With the right policies and investments, solutions come at a lower price than the economic costs of water challenges. For example, the economic impact of inadequate water supply services in some areas is estimated to cost Kazakhstan $ 200 million more per year that the investments needed for universal access. Inadequate water supply services are estimated to cost Kazakhstan more than $750 million per year. Floods result in an average of 2.25 percent of GDP loss in Kazakhstan every year.

Since its start in 2009, CAWEP has worked to address these issues and had remarkable impact. With its support, new regional projects have been launched to address some critical issues including dam safety, climate change adaptation, weather forecasting, electricity trade, and youth engagement.

Some of the results from the previous phases of CAWEP include:

More than 13,000 farmers in Uzbekistan and Tajikistan were able to implement climate-smart solutions and improve their crop production with the support of the Climate change adaptation and mitigation project in Aral Sea basin.

In the Kyrgyz Republic and Tajikistan 87 weather stations and 19 river stations were rehabilitated, improving accuracy of the weather forecasting in these countries by up to 30 percent under the Central Asia Hydrometeorology Modernization project.

In Tajikistan, CAWEP helped to design Nurek Rehabilitation project. Operational at only 77 percent, the Nurek Hydro Power plant will undergo a major rehabilitation and increase winter generation by 33 million kWh.

The Central Asia Youth for Water Network was established that now connects students and practitioners from around the world, helping researchers to find solutions to the most pressing issues in their countries.

In Kazakhstan, CAWEP will conduct technical studies and support the preparation of a new investment project for the Aral Sea to contribute to restoration of the Aral Sea delta.

Along with the European Union, the Program is also supported by Switzerland and the United Kingdom’s Department for International Development.