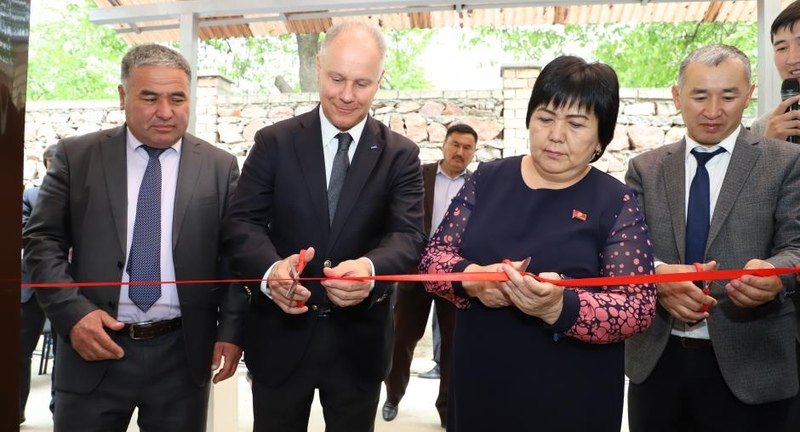 AKIPRESS.COM - Head of the OSCE Programme Office in Bishkek, Ambassador Pierre von Arx, together with local authorities, members of the Kyrgyz Parliament and entrepreneurs, opened two new Entrepreneurship Support Centres (ECS) in the cities of Jalal-Abad and Batken on May 15 and 17.


The new ESCs will enhance the vital role that small and medium sized enterprises (SME) play in developing Kyrgyzstan’s economy and potentially lead to the opening of new businesses and jobs in southern Kyrgyzstan. The latter is particularly important, as SMEs generate about 40 per cent of the total gross domestic product and provide jobs to 20 per cent of the working-age population in the country.

The Government’s support to these projects demonstrates the importance they attach to fostering economic growth by creating a more favourable business climate in the country, as well as to the partnership with the OSCE.

The new ESCs have been established together with local authorities in Jalal-Abad and Batken, in partnership with the Young Entrepreneurs Business Association. The two new Centres will provide advisory services and legal consultations to existing and aspiring entrepreneurs, as well as training courses on business-related topics.

They will also help strengthen constructive dialogue between local authorities and the business sector and facilitate the creation of new partnerships among entrepreneurs from other provinces, thus generating new business opportunities.

The opening of the two new ESCs followed the successful opening and operation of an ESC in the city of Osh in December 2017, with the support of the OSCE Programme Office in Bishkek, the German Corporation for International Cooperation GmbH and the UNDP in the Kyrgyz Republic.