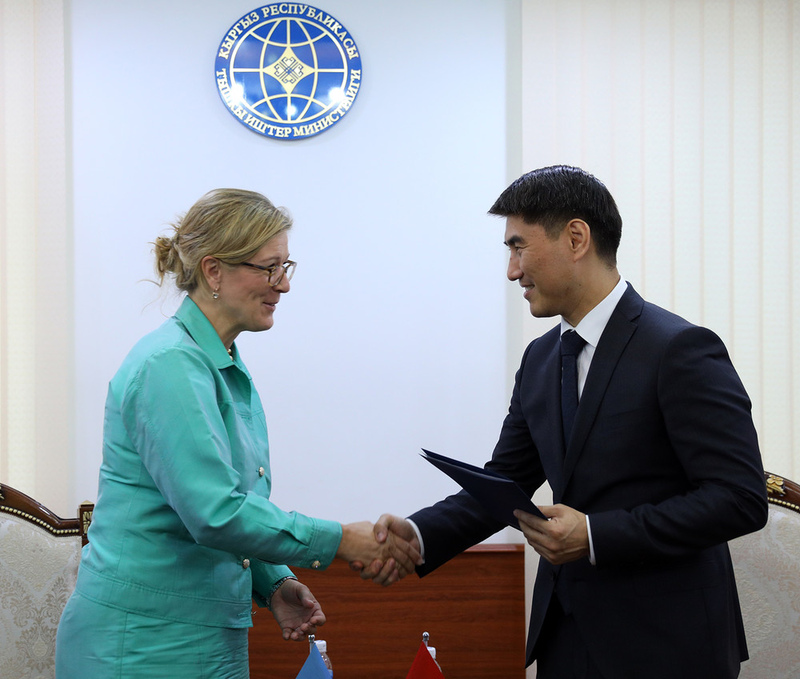 Minister Aidarbekov expressed hope the efforts of the new UNDP Representative will help further deepening of cooperation between two countries for the purpose of sustainable development of the country.

Louise Chamberlain was informed about main areas of the country’s sustainable development strategy until 2040 and priorities in connection with the Year of Development of Regions and Digitization declared by the presidential order.

Importance of continued implementation of socio-economic development projects and achievement of sustainable development goals was emphasized.

From December 2018 to May 2019 Ms. Chamberlain worked as Resident Representative a.i. in Ethiopia coordinating UNDP Ethiopia.

From September 2000 to July 2003 Ms. Chamberlain worked as M&E Specialist, in the World Bank, in Global ICT Department Information for Development Programme, in Washington D.C.

Ms. Chamberlain started her career in 1994 as Investment Advisor and she has worked in Newsec AB (JSC) till 1999 in Stockholm.

Ms. Chamberlain holds Master of Science M.Sc. equiv. (Business and Economics) from the Stockholm School of Economics (SSE) of Sweden.