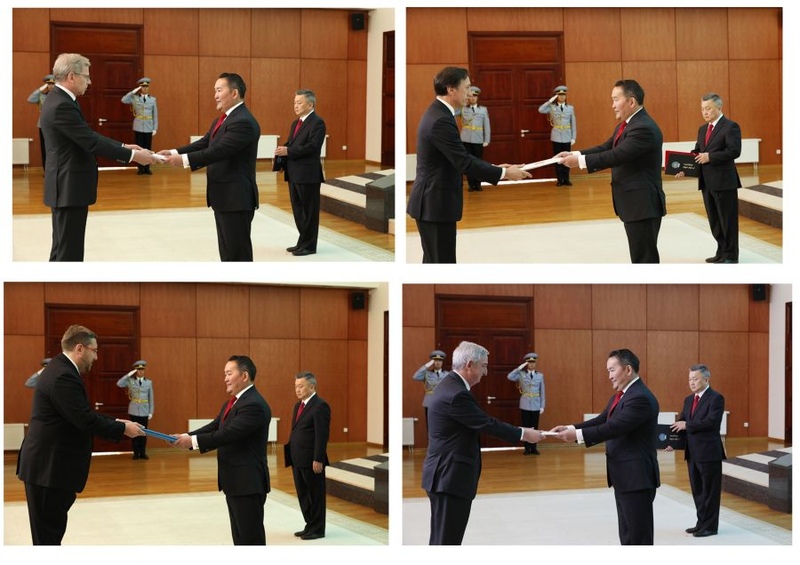 AKIPRESS.COM - Non-resident ambassadors of some European countries to Mongolia presented their letters of credence to President of Mongolia Khaltmaagiin Battulga on May 27, Montsame reports.

President Battulga welcomed the ambassadors to Mongolia and encouraged them to make efforts towards developing economic, social, and people-to-people relations with Mongolia from Beijing.

During the one-on-one meetings, President Battulga exchanged views with the ambassadors on ways to fully utilize the opportunities for cooperation in the sectors of food, agriculture, light industries, tourism, and energy. President Battulga also gave brief information on certain projects that are ready for implementation in the above-mentioned sectors and expressed his readiness to connect them with the corresponding officials and support their cooperation with the government.