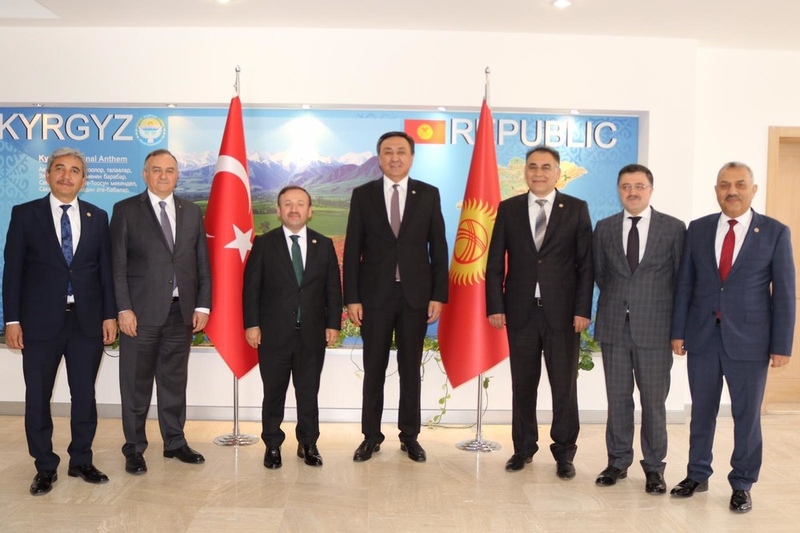 AKIPRESS.COM - Members of Kyrgyzstan-Turkey Parliamentary Friendship Group led by the Head of the Group, Member of the Justice Committee of the Grand National Assembly of Turkey Sabri Öztürk visited the Embassy of Kyrgyzstan in Ankara for the first time, the Foreign Ministry of Kyrgyzstan said.

The lawmakers of the Turkish part of the Friendship Group supported the suggestion of Ambassador Omuraliyev to name the parks and streets after Kyrgyz novelist Chingiz Aitmatov in the Provinces they were elected and promised to raise this issue with the local authorities.