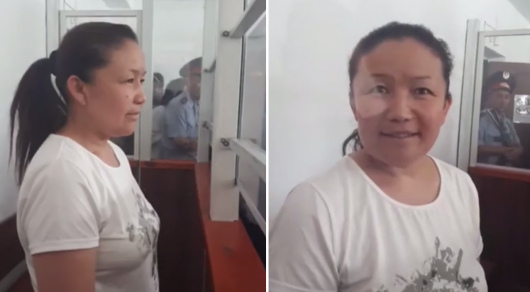 Sairagul Sauytbay's lawyer, Aiman Omarova, wrote on Facebook that her client left Kazakhstan on June 3 for an unnamed country, which she referred to as "one of the most developed countries of the world."

Sauytbay, an ethnic Kazakh Chinese national, has been fruitlessly trying to get political asylum in Kazakhstan after an Almaty court in August found her guilty of illegal border crossing but ordered her release and said she will not be deported to China.

Sauytbay fled China in April last year and testified at her trial that thousands of ethnic Kazakhs, Uyghurs, and other Muslims in the northwestern province of Xinjiang were undergoing "political indoctrination" in a network of "reeducation camps."