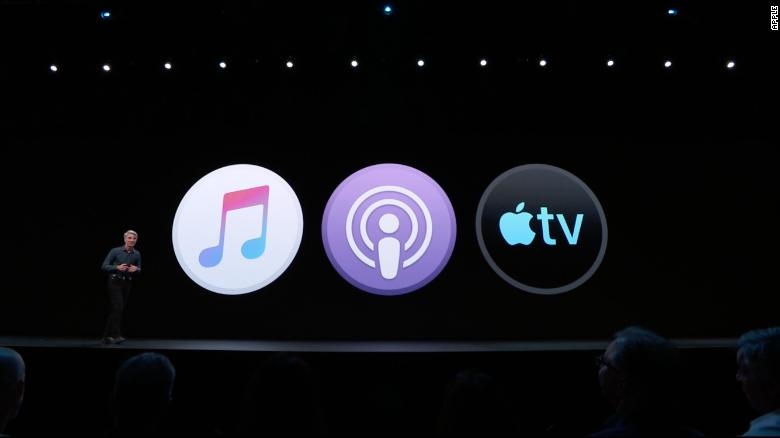 AKIPRESS.COM - The music industry has changed dramatically since Apple disrupted the way people buy songs and albums nearly two decades ago. So Apple is phasing out iTunes in favor of three more modern apps, CNN reports.

Apple announced Monday that iTunes will be replaced by a trio of desktop apps called Music, TV and Podcasts -- similar to how these services are already divided on iPhones and iPads. It will still exist as a standalone iOS app and on Windows PCs.

Previous purchases and libraries will be maintained in each new app on Mac computers, a spokesperson told CNN Business.

At its Worldwide Developer Conference in San Jose, Apple (AAPL) showed off its next-generation mobile software iOS 13, which got a dark mode, improved Siri capabilites and an undo gesture, as well as a new Mac Pro that looks like a cheese grater.

But the move to phase out iTunes didn't come as a total surprise as the company has been pushing users toward its Apple Music subscription service. After all, Apple can charge a monthly fee to boost revenue rather than wait for a customer to buy a few songs.