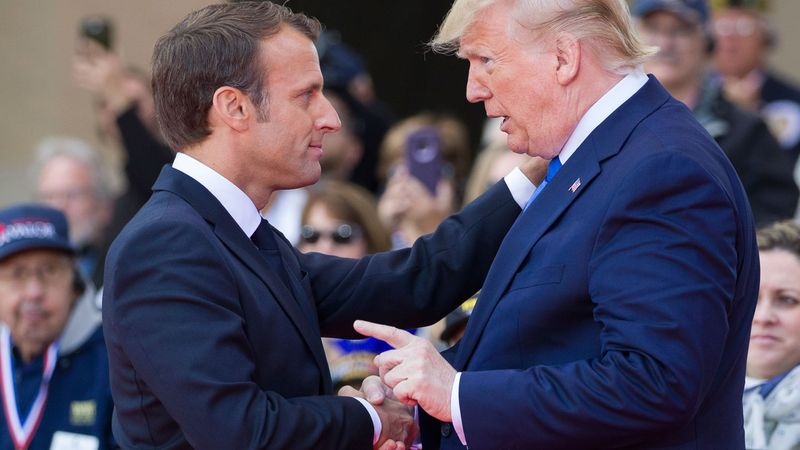 AKIPRESS.COM - The D-Day commemoration was an occasion for France to showcase its long friendship with the United States, but US President Donald Trump and French President Emmanuel Macron nevertheless acknowledged their differences on key world issues when they met on Thursday, 9news reports.

The two leaders showed camaraderie as they marked D-Day at the Normandy American Cemetery near Omaha Beach, where the Americans landed on June 6, 1944, marking the beginning of the end of Europe's Nazi occupation.

Trump praised Macron's poignant speech of gratitude — and they even briefly hugged. They seemed more tense, however, as they started their one-on-one meeting later.

"We're doing a lot together and the relationship between you and I and also the United States and France has been outstanding," Trump said ahead of the meeting in the city of Caen.
"I'm very happy that President Trump came to France and that we are able to work together," Macron answered.
The bilateral talks lasted for about two hours, including lunch. Trump and Macron discussed all major issues they disagree on, including Iran, world trade and climate change.
The meeting was "positive," a top official at Macron's office said after Trump left.