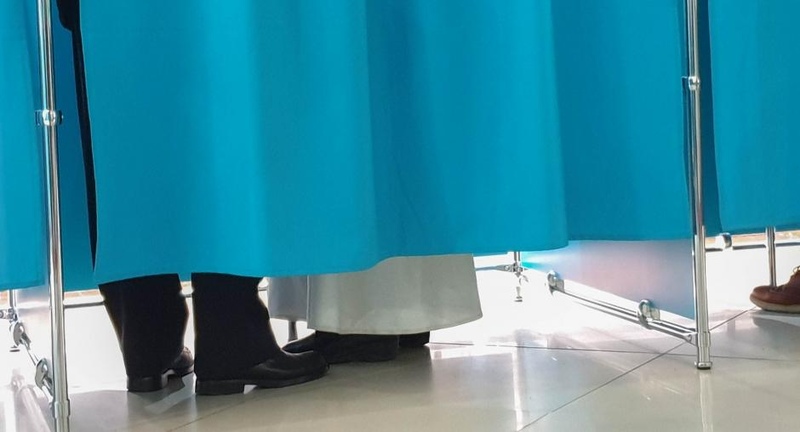 AKIPRESS.COM - While there was potential for Kazakhstan’s early presidential election to become a force for political change, a lack of regard for fundamental rights, including detentions of peaceful protestors, and widespread voting irregularities on election day, showed scant respect for democratic standards, OSCE said citing the international observers' conclusion in a preliminary statement.

The observation mission is a joint undertaking of the OSCE Office for Democratic Institutions and Human Rights (ODIHR) and the OSCE Parliamentary Assembly (OSCE PA).

“This election represented an important moment for Kazakhstan’s society as this was the first time that the long-serving first president was not competing. While there were seven candidates, including for the first time a woman, the election showed that there is a need for genuine democratic consolidation and significant political, social and legal reforms,” said George Tsereteli, Special Co-ordinator and leader of the OSCE short-term observer mission. “The new President and authorities should seize this opportunity, strengthen trust in the institutions and meet the people’s expectations. The OSCE is ready to co-operate closely on this with Kazakhstan to move forward.”

Almost 12 million voters were registered to cast their ballot in nearly 10,000 polling stations across the country. Electoral preparations were efficient, and there was a record number of candidates, one of whom was a woman. However, while the number of candidates ostensibly offered political variety, there was little critical campaigning. The election took place in a political environment dominated by the ruling party and that limited critical voices. At the same time, irregularities on election day and a disregard of formal procedures meant that an honest count could not be guaranteed.

The election law provides a technical basis for the conduct of elections. However, restrictions to the constitutionally guaranteed freedoms of assembly and association, and the right to participation in political life, together with serious shortcomings in the legislative framework, hampered the conduct of democratic elections. The majority of priority recommendations made following previous elections remain unaddressed.

In the same way, while freedom of expression and the right of access to information are guaranteed in the constitution, they are curtailed by the law. Access to websites and social networks was frequently blocked, further curbing the possibility of public discussion. The extensive media coverage of the current president and support for his candidacy by his predecessor did not provide a level playing field for all candidates. This limited voters’ ability to make an informed choice.

"Electoral preparations were efficiently administered, and voting generally proceeded in an orderly manner inside polling stations,” said Margareta Kiener Nellen, Head of the OSCE PA delegation. “However, massive arrests of peaceful demonstrators in the streets, including journalists, violate the constitutionally guaranteed freedoms of assembly and expression."

International observers were informed by numerous public sector employees and students that officials had instructed them to attend campaign events and vote for the current president. Such activities blurred the line between party and state and raised concerns about voters’ ability to cast their vote freely.

“While the number of candidates appeared to offer political variety, Kazakhstan’s early presidential election lacked genuine pluralism,” said Urszula Gacek, Head of the ODIHR election observation mission. “Of still greater concern were the restrictions to freedom of assembly and political expression before and during the campaign, with peaceful protesters subject to fines and arrests. This does not live up to the commitment made by Kazakhstan more than two decades ago to uphold democratic principles.”

The international election observation mission for the early presidential election was comprised of 339 observers from 40 countries, including 290 ODIHR-deployed experts, long-term, and short-term observers, and 49 parliamentarians and staff from the OSCE PA.