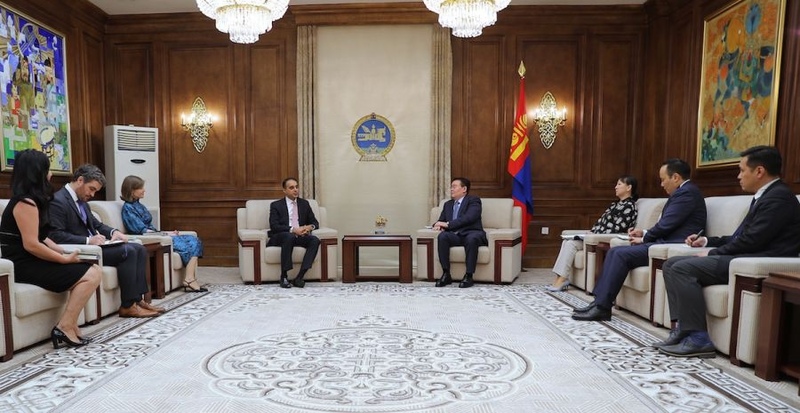 Speaker Zandanshatar highlighted the role of the ADB in Mongolia’s social and economic development over the past two decades.

“Moreover, the Parliament in collaboration with the Government intends to diversify the economy through tourism and agriculture as Mongolia’s mining-based economy is subject to world market fluctuations. Mongolia’s economy is back on track with 8.6 percent GDP growth as of the first quarter of 2019,” he said.

ADB Vice President said that current achievements are a result of the long-standing cooperation of the two sides and that the revival in the economy is thanks to the parliament’s policies and legal arrangements it has made.

“One of the purposes of my visit here is to get acquainted with the operation of the country's banking and financial sector,” he added.

The Speaker mentioned that a Bill on amending the Constitution of Mongolia was submitted to the parliament last week and gave a brief information about the amendments proposed.