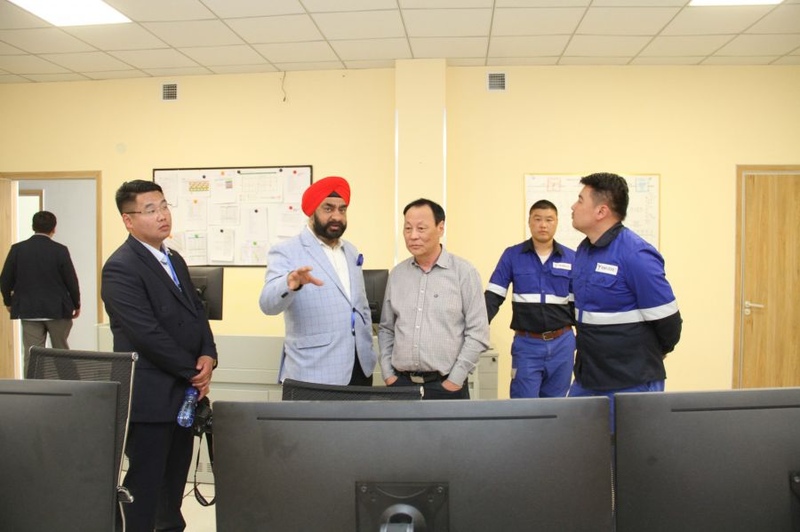 AKIPRESS.COM - Ambassador of India to Mongolia Mohinder Pratap Singh, Senior Advisor to Prime Minister Enkh-Amgalan and other officials got acquainted with the ongoing infrastructure development of the new oil refinery in Dornogobi province, Montsame said.

Aside from the auto and rail roads, a 110 kW power transmission line and a sub-station will be commissioned by July 1. Even the locals are taking part in the construction works and local companies are supplying concrete, cement, gravel, other materials, and food for the workers.

An agreement was made with the Indian Ambassador to make up 30 percent of the people to be trained In India from the locals.

The establishment of the oil refinery being built with a soft loan from India opens a new page in Mongolia-India relations and cooperation. The Government of Mongolia is also paying special attention on the refinery that will substitute imports worth USD 1.2 billion with a yearly capacity of 1.5 million tons.

At its regular meeting on June 5, the cabinet decided to commence a constructional work of residential complex for the refinery workers in August this year. The complex town will have five-floor apartment buildings of 550 households and office and services.