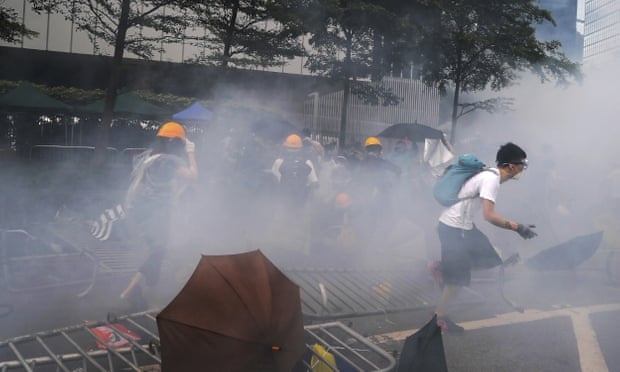 AKIPRESS.COM - The situation in Hong Kong is fast and fluid at the moment, with thousands of people on the streets, many attempting to leave the scene as tear gas floats through the air, according to the live feeds that I’m watching, Guardian reports.


News pictures show streams of people leaving the area, many of them rubbing their eyes and covering masks with water to alleviate the effects of the teargas.

Police are warning protesters to leave, otherwise they will face another attack, according to one feed.

A journalist on the Radio Television Hong Kong feed says a tear gas landed in front of him and it exploded and emitted sparks. Damon Pang, a reporter with the station, earlier tweeted this picture of a shell casing he found in the street.