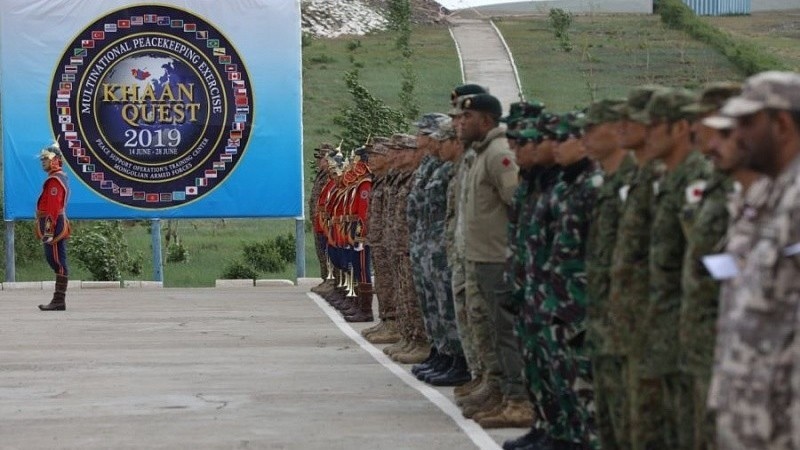 AKIPRESS.COM - The Mongolian Armed Forces and U.S. Indo-Pacific Command have announced their participation in Exercise Khaan Quest 2019, scheduled to be held at the Five Hills Training Area, Mongolia on June 14-28, the DVIDS reported.

The Khaan Quest is a multinational exercise co-sponsored by U.S. Indo-Pacific Command and hosted annually by the Mongolian Armed Forces. Khaan Quest 2019 is the latest in a continuing series of exercises designed to promote regional peace and security. This year’s exercise marks the 17th anniversary of this training event.

As the mass media were not included in the list of permitted activities during the state of emergency in Kyrgyzstan, AKIpress apologizes to its readers for reduced promptness and coverage of news.
Related content
Working groups of SCO member states discuss joint military drills
Uzbekistan, Turkey, Pakistan hold joint drill
Uzbekistan, Kazakhstan hold joint drill