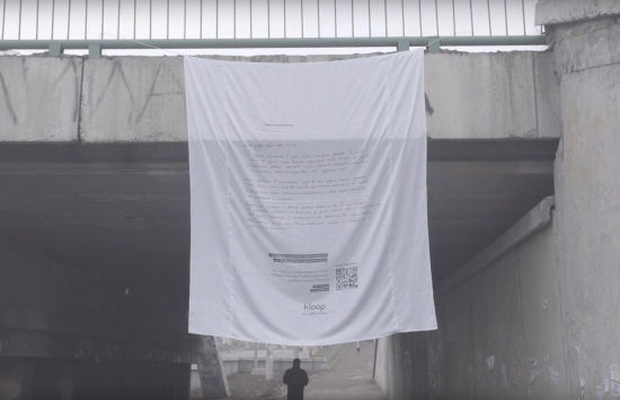 AKIPRESS.COM - A white curtain - known as a ‘koshogo’ appeared on the streets of Bishkek with stories of girls who were kidnapped for forced marriage on November 30, 2018. Project #I didn’t say yes, was launched by the Russian media company Leo Burnett in collaboration with Kyrgyzstani online media platform while the court in Bishkek was considering a criminal case on the murder of Burulai Turdaly kyzy, who was killed by her kidnapper in a police station when police officers locked her in the same room with him.

The project won in the category of Outdoor Lions. The Cannes Lions International Festival of Creativity is considered as the most authoritative event. Promotional materials are mainly provided by the agencies that created it, although anyone can propose their advertising work. The judging is conducted by jury consisting of creative directors of advertising agencies around the world.

The main aim of the project was to tell about the criminal practice of bride kidnapping through the real stories of the victims, whom the men had stolen for forced marriage.