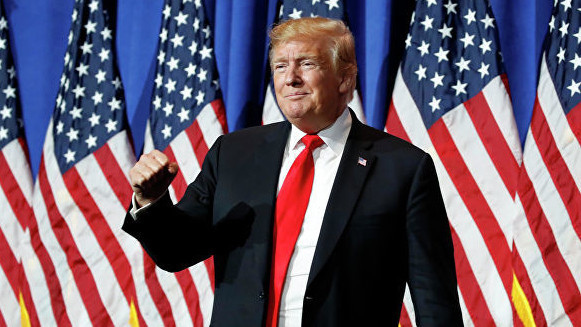 The Republican president made his case before thousands of supporters at a rally in Florida, calling the state "my second home".

Mr Trump used the announcement to lash out at Democrats, accusing them of trying to "rip your country apart".

"We are going to keep America great again," the president said at an Orlando rally on Tuesday night. "Tonight I stand before you to officially launch my campaign for a second term as president of the United States."