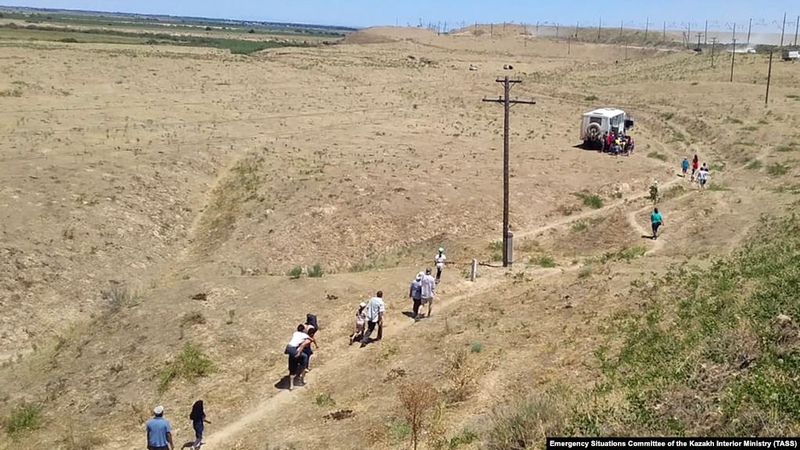 AKIPRESS.COM - Kazakhstan's president says a criminal investigation has been opened into a series of blasts that hit an ammunition warehouse that killed two people and injured dozens in the southern town of Arys, RFE/RL reports.

President Kassym-Jomart Tokayev said on June 24 he had ordered the interior and defense ministries to prevent further explosions and pledged perpetrators would be "prosecuted under the law."

Prime Minister Askar Mamin said two people, a local resident and a military officer, had been killed in the massive blasts that hit the military warehouse in Arys on June 24.

Defense Minister Nurlan Ermekbaev said a fire erupted in the warehouse in the Turkistan region early in the morning of June 24 causing explosions. The cause of the fire is unclear, he added.

Authorities have announced a state of emergency in the whole region and ordered evacuation of all 45,000 residents of Arys.

Defense Minister Nurlan Ermekbaev warned on June 24 that the explosions might continue for several days.

Dozens of injured have been hospitalized in the regional capital Shymkent and other towns nearby.

Video posted on social media showed people fleeing the town while explosions and huge plumes of smoke are seen in the background.

Tokayev visited the affected area late on June 24 and met with some of the residents, including several of those injured in the explosions.

He pledged the government would restore the town and compensate victims.

The area has been the scene of similar deadly incidents in the past.