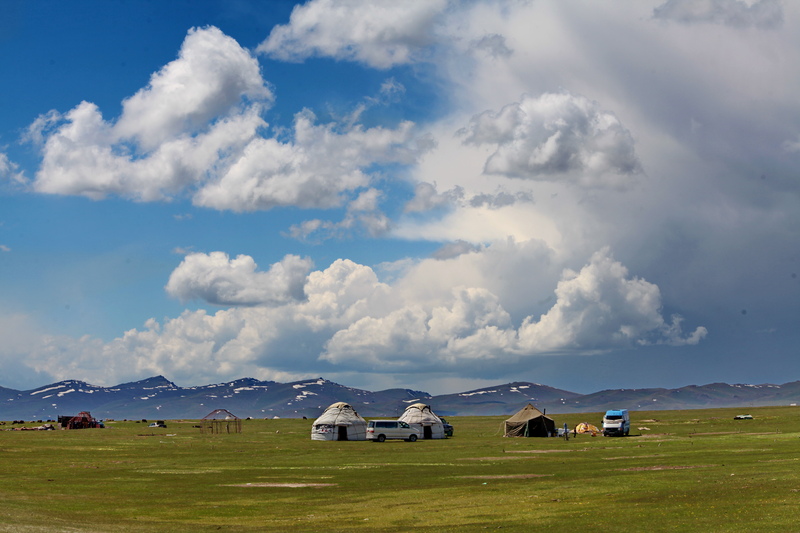 AKIPRESS.COM - The high-level mission of the International Fund for Agricultural Development (IFAD) has visited Kyrgyzstan from July 1.

The mission met Vice Prime Minister Kubatbek Boronov, Ministers of Agriculture, Economy and Finace. Further steps of cooperation with the Government of the Kyrgyz Republic were discussed and appreciation was given to the implementation of IFAD projects in Kyrgyzstan during the meetings.

The International Fund for Agricultural Development is a specialized agency of the United Nations. Kyrgyzstan joined IFAD in 1996, since five programmes have been financed by the donor totaling US$72.5 million, which helped more than half million rural households. From 1996 to 2011, IFAD co-financed three World Bank projects to the amount of US$20.4 million. Three projects are currently being implemented with IFAD assistance, including Livestock and Market Development Project -1 and Livestock and Market Development Project -2 (2013-2019), Access to Markets Project (2018-2023). The new Resilient Pastoral Livelihoods Project is being developed with the IFAD investment of US$31.5 million. It is designed for five years and will cover the entire country. It is planned that the new project will start in late 2020.
Related content
IFAD, Kyrgyz government develop new agricultural project
Jeenbekov ratifies allocation of $25.4 million by International Fund for Agricultural Development in Kyrgyzstan
Parliament passes agreement with IFAD on $25.4 million for Access to Markets Project