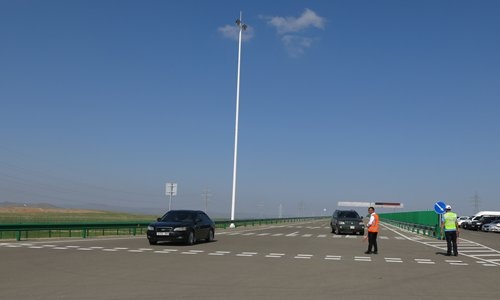 AKIPRESS.COM - The first ever expressway in Ulaanbaatar built by China Tiesiju Civil Engineering Group went into operation on Wednesday, the Global Times reports.

The construction project between China and Mongolia is part of China's Belt and Road Initiative.

"The airport expressway shows that 'Chinese standards' and 'Chinese technology' can be successfully exported from the country," Chinese ambassador to Mongolia, Xing Haiming, told the Global Times on July 5 at the completion ceremony.