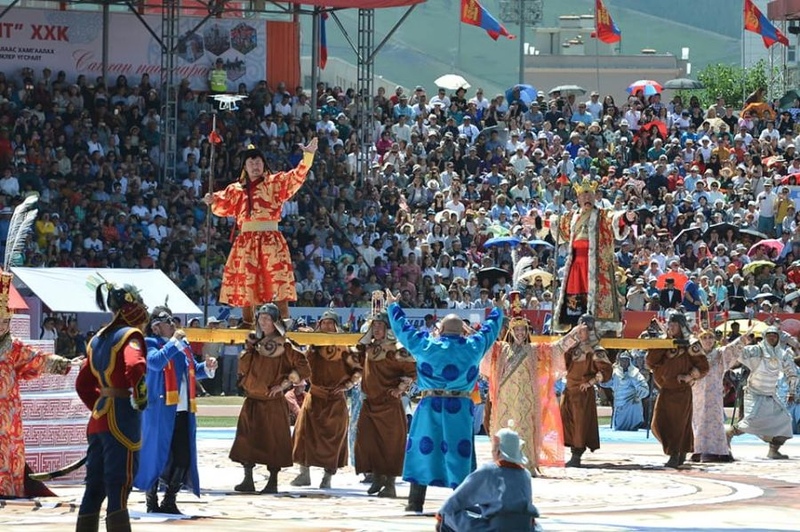 AKIPRESS.COM - National Naadam Festival officially opened today with the arrival of Nine White Banners to the Central Stadium, which was carried out all the way from Sukhbaatar square in Ulaanbaatar, Montsame reports.

President of Mongolia made opening remarks at the ceremony and paid respect to the Nine White Banners. It was followed with the traditional concert and performance.

The Nine White Banners were initiated by Chinggis Khaan after the establishment of the Great Mongol Empire. The Mongolian people have been honoring the banners ever since.

Naadam Festival is the only one of its kind; it is a sophisticated and eloquent expression of nomadic culture, it is the honored celebration of a national independence, and it is an outstanding combination of arts and sports.

Even, the core of the festival – three manly sports – the wrestling, horseracing and archery, embrace many elements of arts, such as singing, dancing and performing, the Naadam Festival website says.