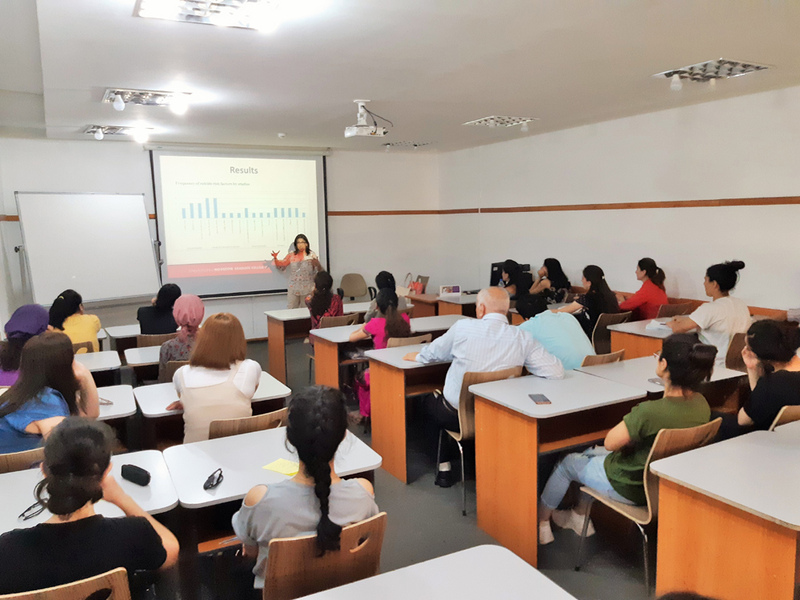 Suicide is important for research as it contributes to premature mortality, accounting for nearly 1.5 million people worldwide every year (or 22.5 million Years of Life Lost), with 76% in low- and middle-income countries, approximately 60% of which occurs in Asia alone.

The study revealed that compared to the global suicide rate of 11.4 per 100,000 individuals, in Central Asia (Kazakhstan, Kyrgyzstan, Tajikistan, Turkmenistan, and Uzbekistan), rates of suicide mostly exceed it, with the highest in Kazakhstan - 48.1. In Turkmenistan, it reaches 15.8, in Uzbekistan 13.6, in Kyrgyzstan 13.4 and the lowest rate is in Tajikistan at 7.2, although it appears to be trending upwards.

“Islam is the predominant religion of the population of Central Asia and suicide is viewed negatively, creating issues of stigma, under reporting and secrecy around those who need help”, said Shahnaz Savani.

The lecture mainly focused on suicide deaths rather than thoughts or attempts and highlighted the lack of nuanced attention to suicides within at-risk population sub-groups. Among the main risk factors, revealed by the study, 11 specific risk factors centered on marital and family violence.

The study aims to respond to the need for a systematic review of literature in Central Asia to examine risk and protective factors to inform the future development of culturally appropriate and effective treatments.