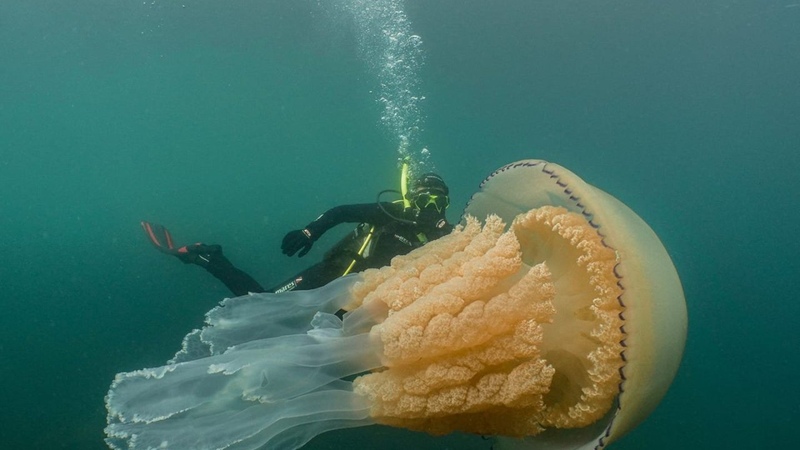 AKIPRESS.COM - A giant jellyfish the size of a human has stunned a diver off the south-western coast of England, CNN reports.

The incredible creature -- a barrel jellyfish -- was spotted near Falmouth by broadcaster and biologist Lizzie Daly, who described the encounter as "breathtaking."

"What an unforgettable experience," she added. "I know barrel jellyfish get really big in size but I have never seen anything like it before!"

"It was the best thing I've ever done," she said in a video of the meeting.

Daly, who was exploring the waters as part of her campaign "Wild Ocean Week," added the jellyfish was a big as she is.

Barrel jellyfish are the largest species of jellyfish in British seas, but it is extremely rare to spot one of the size Daly did.

They typically grow up to one meter (3.2 feet) and weight up to 25 kilograms (55 lbs), according to The Wildlife Trusts. Barrel jellyfish are frequently washed up on the UK's coastlines during the summer months.