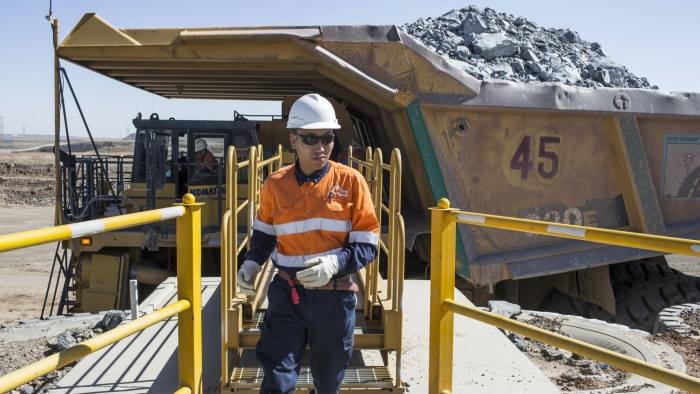 AKIPRESS.COM - The Anglo-Australian multinational corporation Rio Tinto has warned of further delays and a cost blowout of up to $1.9bn at its giant underground copper project in Mongolia’s Gobi desert, the Financial Times said.

The miner said difficult ground conditions meant that it would have to completely rethink the design and development schedule at Oyu Tolgoi.

“We have made significant progress on a number of key elements in the construction of the underground project during 2019,” said Stephen McIntosh, head of Rio’s growth and innovation group.

“However, the ground conditions are more challenging than expected and we are having to review our mine plan and consider a number of options.”

Rio said a final estimate cost and schedule would be announced in the second half of next year, “reflecting the preferred mine design approach”. “Significantly more work is required to complete the final assessment,” it said. The miner also said it was reviewing the carrying value of the project and could announce an impairment charge when it announces half-year results next month. While it is not unusual for large, complex mining projects to experience delays, the overrun at OT, as the mine is known, will still be painful for Rio, which prides itself on being one of the best operators in the industry. It could also raise tensions in Mongolia, where the mine dominates political debate and is the country’s biggest source of foreign direct investment. While Rio operates OT, it does not have a direct shareholding. It is 66 per cent owned by Toronto-listed Turquoise Hill Resources, in which Rio Tinto has a 50.8 per cent controlling stake, and 34 per cent by the Mongolian government. Although Rio has been producing copper, gold and silver from an open pit at OT since 2013 that was always with a view to exploiting its vast underground riches. The expansion of OT is Rio’s most important growth project and the one most closely associated with chief executive Jean-Sébastien Jacques, who pulled together the financing package for the project when he ran the company’s copper business.