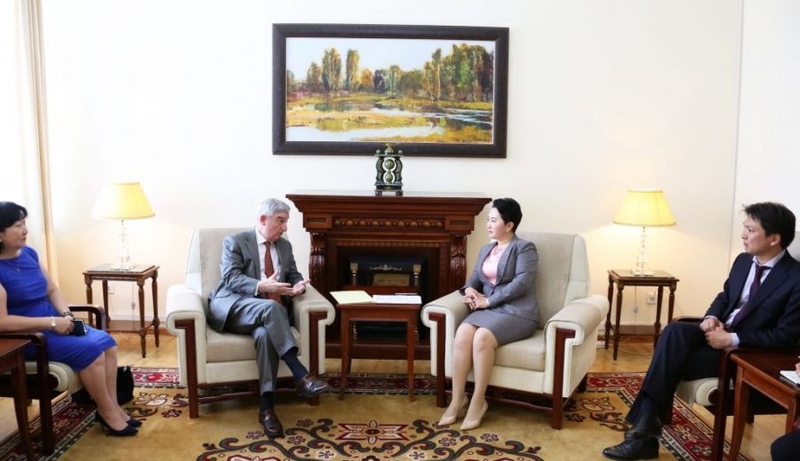 
At the beginning of the meeting, Ambassador Rafael Dezcallar noted that he is excited to attend the book launching ceremony of ‘Stories and novels of Spain’, translated in collaboration with Internom bookstore.

The Ambassador mentioned that the expansion of bilateral relations and cooperation in tourism, sustainable development and environment had been discussed with the President, when he presented his credentials in May. Mr. Rafael Dezcallar introduced the plans on realizing the discussed issues, organizing the consultative meeting between the Ministries of Foreign Affairs of Spain and Mongolia in Madrid at the end of the year, training Spanish speaking officers in the diplomatic service of Mongolia, providing opportunities for students to learn Spanish and other activities within the multilateral cooperation in the near future.

Deputy Foreign Minister B.Battsetseg expressed her readiness to realize the ambassador’s initiatives and cooperate on the development of bilateral cooperation.