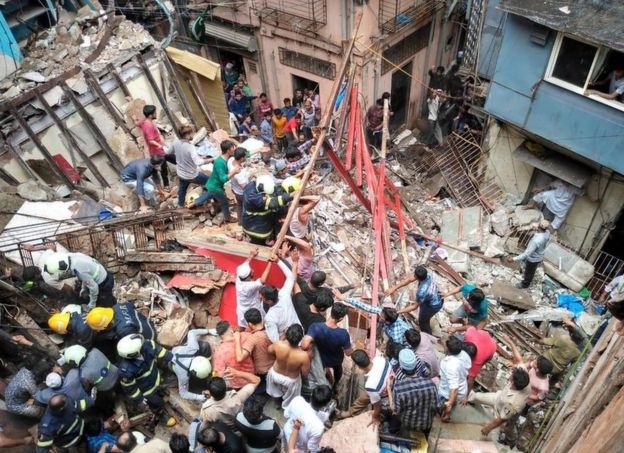 AKIPRESS.COM - A human chain of rescuers is searching for survivors a day after a building collapsed in the Indian city of Mumbai, killing 12 people and trapping dozens, BBC reports.


Officials say rescue efforts have been hampered by a warren of old streets which prevent access by heavy vehicles.

Among those who died in the collapse are three children. Nine other people were injured and are in hospital.

Such disasters are not uncommon in Mumbai, which has thousands of old, dilapidated buildings.

Rescuers are facing a huge challenge because Dongri - in the south of the city, where the building was located - is a web of cramped, narrow lanes, hemmed in by run-down buildings.

Officials say fire crews and ambulances could not even reach the site because the lane was too narrow. So they relied on a human chain of fire-fighters and local volunteers to get material to the building and carry the injured and the dead away from it.