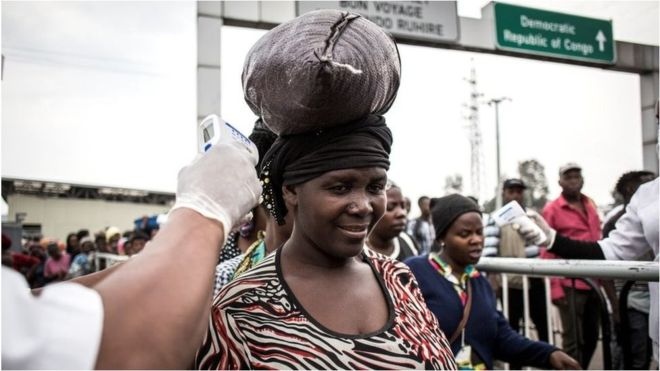 AKIPRESS.COM - The World Health Organization has declared the Ebola crisis in the Democratic Republic of Congo a "public health emergency of international concern", BBC reports.

But the WHO stopped short of saying borders should be closed, saying the risk of the disease spreading outside the region was not high.

The outbreak in DR Congo has killed more than 1,600 people.

This week, the first case was detected in Goma, home to more than a million.

The PHEIC emergency provision is the highest level of alarm the WHO can sound and has only been used four times previously.

This includes the Ebola epidemic that devastated parts of West Africa from 2014 to 2016, and killed more than 11,000 people.

"It is time for the world to take notice," WHO chief Tedros Adhanom Ghebreyesus told a news conference in Geneva on Wednesday at which the emergency was declared.

He said he accepted recommendations there should be no restrictions on travel or trade, and no entry screening of passengers at ports or airports outside the immediate region.