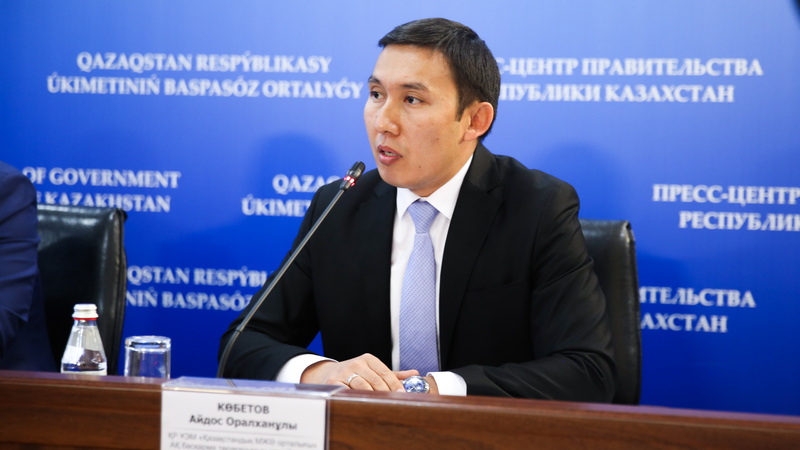 AKIPRESS.COM - Deputy Chairman of the Board of Kazakhstan Public-Private Partnership Center JSC of the Ministry of National Economy Aidos Kobetov spoke about improving the mechanism of public-private partnership in Kazakhstan at the press conference in the Government, the press service of the Prime Minister reports.

Kobetov noted that until 2014 there were only three large PPP projects in Kazakhstan: the Shar – Ust-Kamenogorsk highway, the international airport in Aktau, and the North Kazakhstan Electric Line.

“Starting from 2011, together with the ministry, we began the gradual introduction of the mechanisms to attract investors. First, it was an extension to all areas. Previously, only social projects and life support projects were implemented. Then they expanded to the full range,” Kobetov said.

In 2015, after the adoption of the law on PPP, the mechanism of “Private Financial Initiative” appeared. To date, out of 565 contracts concluded, 290 fall on this mechanism.

Within the framework of the BAKAD project, such fundamental changes were introduced as the use of currency risk for projects of special significance, international arbitration, a direct agreement that makes it possible to conclude contracts between a private partner, a public partner and a financing institution.

Also, according to Kobetov, the ratio of cost recovery of PPP projects from the republican budget and through private investment is 1: 1.

“In general, if you look at the breakdown, there are 9 republican PPP projects for 907 billion tenge and 556 local projects for 400 billion tenge. Of these, cost recovery is about 1.1 trillion tenge. The attracted investments are about 900 billion. Approximately 1:1 is going on,” said the deputy chairman.

At the same time, he stressed that initially the task was to attract investors to those areas that were in charge of the state. Therefore, there were projects that are not very attractive for investors. Like any other state, Kazakhstan had to guarantee repayment and minimize the risks for the investors.

“Thanks to these accepted commitments, the number of projects has risen. But since the beginning of 2019, the ministry has begun to move from quantity to quality, made a breakdown of projects into three categories,” Kobetov said.

He also focused on the fact that today there is no task to achieve a 100% attraction of thr investment in PPP. But at the same time there is the task of unloading the budget for obligations. There are projects that do not generate an attractive level of income for the investor. But at the same time, these projects are necessary for the state. The PPP mechanism itself is focused on eliminating a one-time budget burden, he noted.