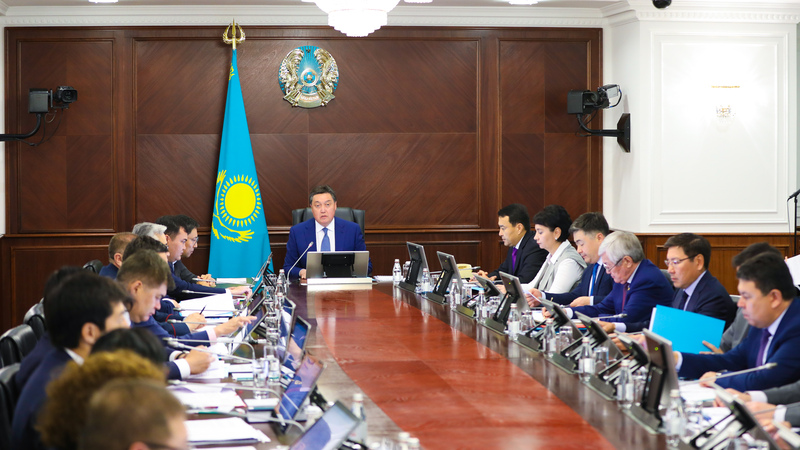 AKIPRESS.COM - The Government of Kazakhstan at the session chaired by Prime Minister Askar Mamin approved measures to fulfill the instructions and tasks given by President Kassym-Jomart Tokayev on July 15, 2019 at an extended meeting of the Government, the PM's press service said.

"The Head of State gave a number of instructions aimed at improving the welfare of the population and the economy as a whole," said the prime minister of Kazakhstan and stressed that "the main task of the Government for the current and prospective period is to improve the quality of life and increase incomes of the population, create new workers places and attracting a new wave of investment.”

All government agencies, national holdings and mayor's offices need to step up work to attract investment. To monitor this work, each state body, holding company and the mayor's office will be set key performance indicators, the press service says.