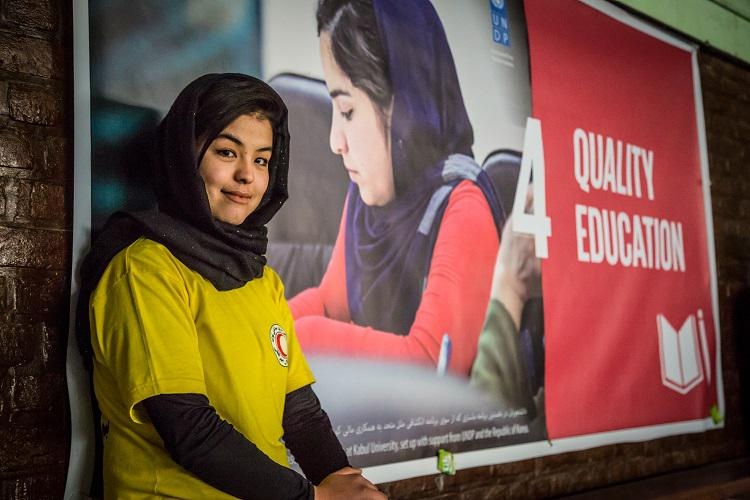 AKIPRESS.COM - The European Union (EU) provides a €2 million grant towards a UNDP programme that will enable Afghan women to graduate from universities in neighbouring Kazakhstan and Uzbekistan, the Delegation of the EU to Kazakhstan reported.

Between now and 2025, 50 students will attend bachelor’s, master’s and technical degrees in agriculture, applied statistics and mining at academic establishments across Kazakhstan and Uzbekistan. In addition, UN Women will organize summer schools that will train the women in entrepreneurship and networking to contribute to their post-study employment and thus economic empowerment.

“I believe the Afghan people need to feel and see that the international community unites and supports the reconciliation process in the country. That's why the EU has decided to work very closely with the Central Asian countries to support projects that can help connecting the neighbouring countries and countries of the region, in particular the connectivity projects, and projects aimed at education and employment, in particular Afghan women”, said EU High Representative/Vice-President Federica Mogherini.Anchor

“Technical cooperation and the exchange of knowledge among countries can play a huge role in boosting development. This collaboration will create new opportunities for cross-regional collaboration and growth,” said Mirjana Spoljaric Egger, Regional Director of UNDP in Europe and Central Asia.

The initiative is expected to help create new business and employment opportunities for the women and their communities back in Afghanistan. According to the 2018 UNDP Human Development Report, 11 percent of all adult Afghan women have reached at least a secondary level of education and only 19.5 percent are employed, while these numbers are 37 percent and 87 percent for men, respectively. In 2016-2017, more than half of the Afghan population was living below the poverty line.

“We cannot build the future we want and achieve the Sustainable Development Goals (SDGs) without the full participation of women,” said Yakup Beris, UNDP Resident Representative in Kazakhstan. “Investing in women and girls is one of the best investments a country can make in its future,” he added.