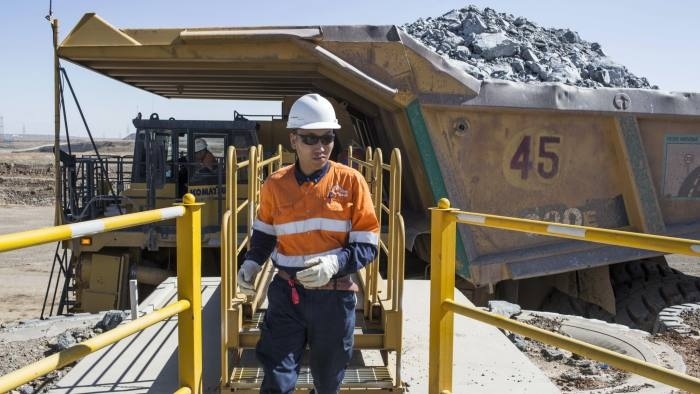 AKIPRESS.COM - One of the main lenders to Rio Tinto’s giant underground copper mine in Mongolia’s Gobi desert has signalled its willingness to provide further funding for the project, which is running late and over budget, Financial Times reports.


In an interview, Eric Rasmussen, Director of Natural Resources at the European Bank for Reconstruction and Development, said the agency was open to discussions with the Anglo-Australia miner.

“If they [Rio] need further funding it would be natural to talk to the existing lenders,” said Mr Rasmussen.

The EBRD helped pull together the $4.4bn financing package for Oyu Tologoi in 2015, contributing $400m of its own funds and arranging a syndication of up to $1bn to commercial banks.

Rio revealed this month the $5.3bn underground expansion of OT was now likely to cost between $6.5bn and $7.2bn and could be more than two years late.

Rio said difficult ground conditions meant that it would have to rethink the design and development schedule at OT, which will become the world’s third biggest copper mine when it’s fully operation in the second half of the next decade.

Mr Rasmussen said he was not surprised by the delays, adding the risks of developing a large underground mining project in a remote location were appreciated by all of OT’s lenders, which includes 15 commercial banks as well as export credit agencies.

“We are not surprised that this is taking longer than anticipated,” he said.

“The project is geological very challenging. To put it in perspective, the deposit is the size of Manhattan. It’s enormous.”

While Rio operates OT, it does not have a direct shareholding. It is 66 per cent owned by Toronto-listed Turquoise Hill, in which Rio has a 50.8 per cent controlling stake, and 34 per cent by the Mongolian government.

Since the delay was announced shares in TRQ have plummeted on concerns the company will be forced to tap its shareholders for extra cash to complete the mine.

While TRQ has refused to rule out an equity raising it has also said the debt cap of $6bn on the project finance facility — which in theory provides an extra $1.6bn of lending capacity — is an “arbitrary” figure that could be “reviewed and looked at with the potential to increase that amount.”

Mr Rasmussen declined to comment when asked if the EBRD had been approached by Rio about addition funding.

An updated financial model is expected to be available by October, which will determine how the cost overrun will be funded, according to people familiar with the process.

Turning to Mongolia, Mr Rasmussen said he hoped that common sense would prevail and its parliament would not vote to tear up the investment agreements that underpin the underground expansion of OT.

Some politicians are angry that Mongolia will not get any dividends from the mine until debts are paid off in 2014. Set against that, OT is already Mongolia’s biggest source of foreign direct investment and a major employer.

“The conditions for divorce in this project are pretty terrible,” he said. “Based on that logic I am convinced emotions will not cloud judgments.”

“When we speak to politicians privately they know the project is a great gift to the country and they are lucky to have a sponsor like Rio Tinto. But sometimes they say things about the project that they know can’t be substantiated.”