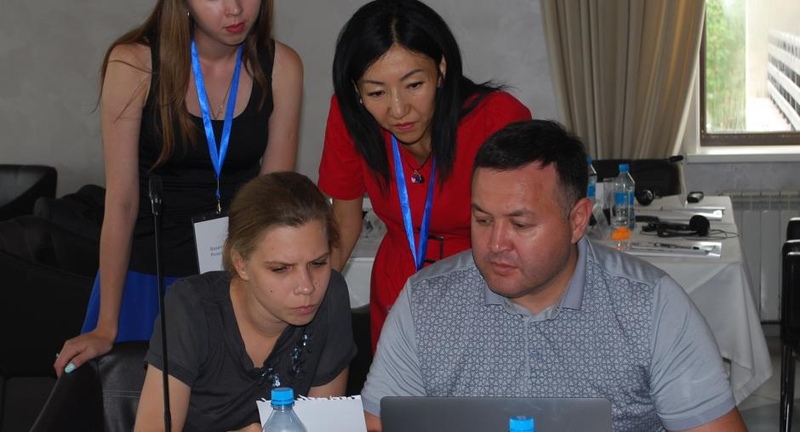 AKIPRESS.COM - An OSCE-supported training seminar on enhancing dialogue and cooperation between the courts and media concluded on August 2 in Shchuchinsk, Kazakhstan, the OSCE reported.

Forty judges-co-ordinators, press secretaries, journalists and bloggers from the cities of Kostanay and Nur-Sultan and the Akmola, Karaganda, Kostanay, North Kazakhstan, Pavlodar regions took part in the event.

The three-day training seminar aimed to promote effective communication strategies between courts and the media, best practices in interaction with journalists and the general public through various channels and in different contexts, the role of the media in covering court proceedings, the proper framing of requests to access court acts as well as the use of conventional and social media.

An expert from Romania shared the experience of selected European countries in raising public confidence in justice systems and highlighted the international standards for communication and interaction between the judiciary and society and the media.

The concluding training seminar for the western regions of the country will be held in Aktau on August 8-9.

The seminar was organized by the OSCE Programme Office in Nur-Sultan, the Supreme Court, the Friedrich Ebert Foundation in Kazakhstan, the League of Court Journalists of Kazakhstan, Internews Kazakhstan, and the American Bar Association and the United States Agency for International Development (USAID).

The seminar was part of the OSCE Programme Office’s long-standing efforts to enhance cooperation between courts and the media in the host country.