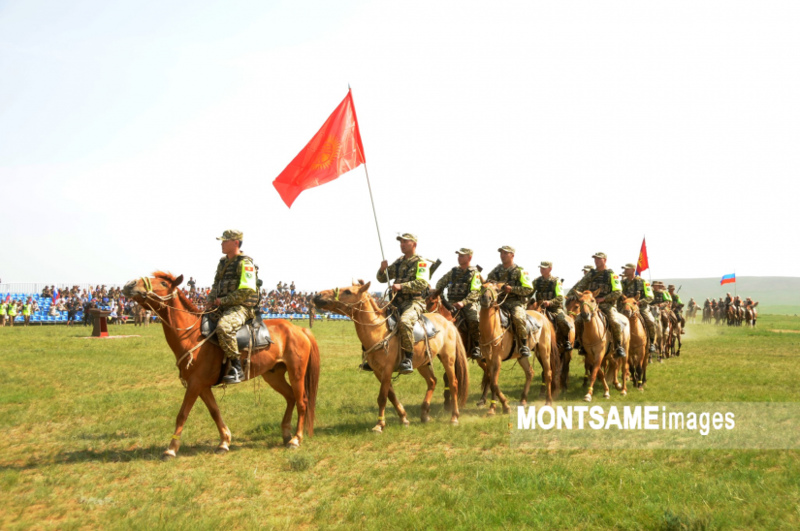 AKIPRESS.COM - The International Army Games kicked off in 10 countries of the world at the same time on August 3, Montsame reports.

The new event for the games ’Aravt’ equestrian marathon is taking place at the General Training Center of the Mongolian Armed Forces.

Present at the opening ceremony of the ‘Aravt’ equestrian marathon were Chief of the General Staff of the Mongolian Armed Forces, Major General A.Ganbat, Deputy Chief, Major General J.Badambazar, Deputy Commander of the 41st Army of the Central Military District of the Russian Federation, Major General A.V.Podvilov, Deputy Commander of the Western Military District of the Republic of Kazakhstan, Colonel D.Ye.Khamitov, Head of the Training Center of the Kyrgyz Land Forces of the Republic of Kyrgyzstan, Lieutenant Colonel A.D.Orkoshev, ambassadors of spectator countries, generals and officers of the participating countries.

Teams of the Armed Forces of Mongolia, Russia, Kazakhstan, and Kyrgyzstan are participating in the event, with military personnel of China, the U.S, Zimbabwe and Vietnam as spectators.