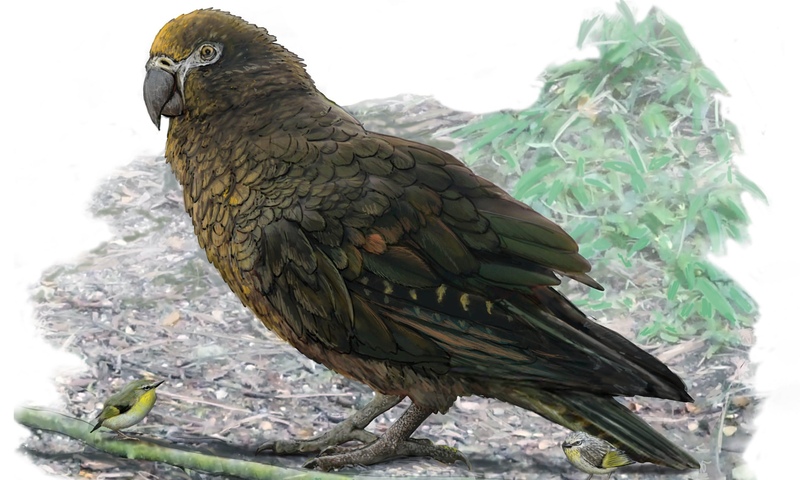 AKIPRESS.COM - Fossils of the largest parrot ever recorded have been found in New Zealand. Estimated to have weighed about 7kg (1.1st), it would have been more than twice as heavy as the kākāpo, previously the largest known parrot, Guardian reports.


Palaeontologists have named the new species Heracles inexpectatus to reflect its unusual size and strength and the unexpected nature of the discovery.

Prof Trevor Worthy of Flinders University in Australia, the lead author of the research published in the journal Biology Letters, said: “Once we decided it was something new and interesting, the challenge was to figure out what family it was from.

“Because no giant parrots have been found previously, parrots were not on our radar – thus it took some time to differentiate all other birds essentially from parrots to conclude that the unique suite of characters was definitive of a parrot.”

Paul Scofield, a senior curator of natural history at Canterbury Museum, said the fossil had been excavated in 2008, and initially the team had thought the bones were part of a giant eagle.